Home General Why Is My Cat Vomiting? 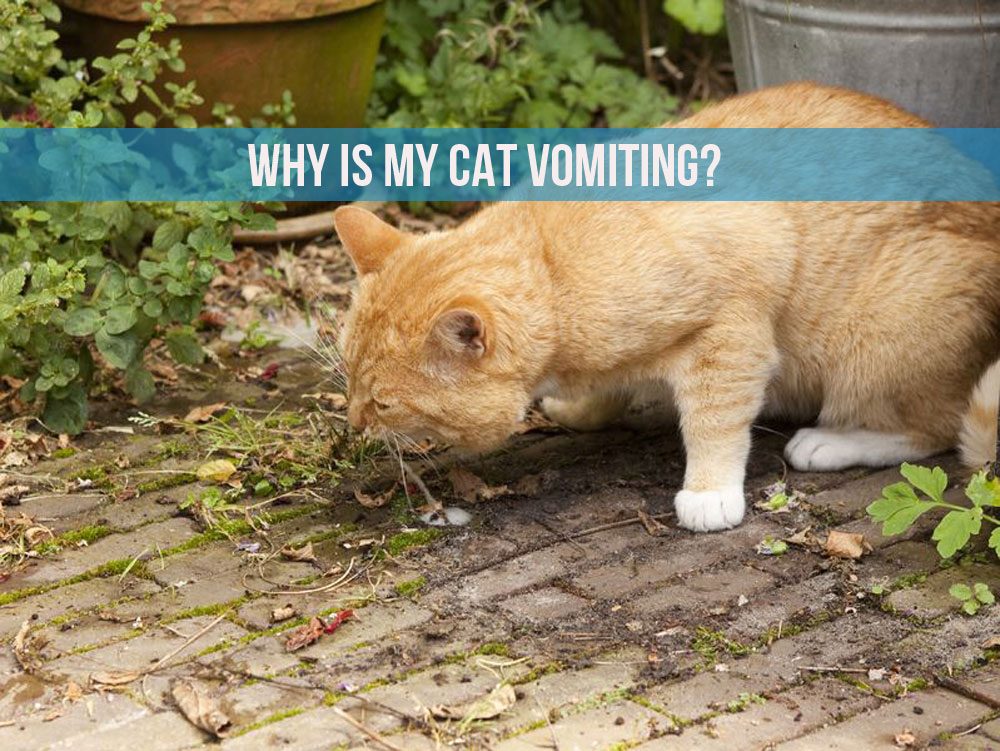 Most cat owners have seen their cat vomit from time to time. Cat vomiting is often simply caused by the cat eating his meal too quickly. Or, maybe your cat ate something that disagreed with his belly. Just like children, maybe your kitty played too vigorously, too soon after eating. On the other hand, cat vomiting can be caused by something much more serious. If your cat has a sudden episode of vomiting, but doesn’t regularly vomit, here are some of the possible causes: If your cat is vomiting frequently, (not just occasionally) here are some possible causes:  As you can see, there are many medical causes that can bring on a vomiting spell in a cat. Because of this, it is always best to take your cat to their veterinarian for a proper diagnosis. If we set aside possible medical sicknesses, there are still some other possible reasons that your cat is vomiting. Do you have poisonous plants in your home? Your kitty could have munched on the wrong leaf. Could their cat food be spoiled? Could she have swallowed a little string or yarn, or perhaps eaten another little foreign object such as a rubber band? Did you leave a little piece of chocolate laying out that maybe your kitty got into? How much vomiting is normal? Let’s say that your cat vomits once. Then he eats regularly and has a normal bowel movement. In this case, you probably shouldn’t worry. According to Professor Richard Goldstein of Cornell University’s College of Veterinary Medicine, if your cat is throwing up more than once a week, you should be concerned. If he or she exhibits any of the following symptoms with their vomiting, it is time to see the vet. Your veterinarian may prescribe fluid therapy or prescription drugs to remedy the situation. Additional symptoms to watch out for:

According to WebMD, it is a good idea not to feed anything to your cat, or give him water for two hours after the vomiting. Water should be reintroduced slowly, and a bland diet after that. They advise that babying your kitty is okay, such as feeding him boiled potatoes, rice, or cooked skinless chicken.