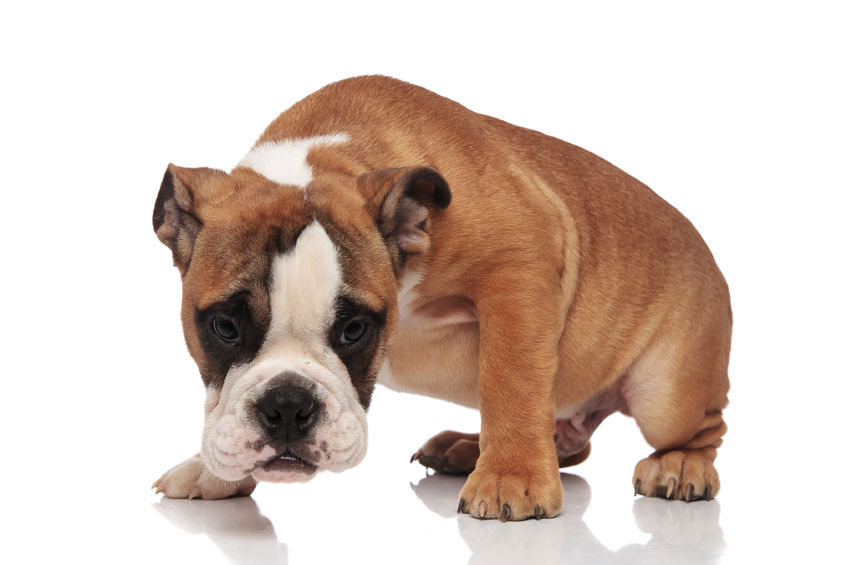 Have you ever seen your pup doing something nefarious in the yard? Chomping on something that smells suspicious? Well, if you have experienced a poop-chomping puppy or adult dog, then you might be asking yourself why. WHY?! The answers behind why dogs eat poop are complex… sometimes. Sometimes it’s as simple as boredom. Let’s explore the reasons dogs eat poop and what you can do to curb the behavior.

The eating of poop is known as coprophagia. It’s actually quite common among most species of mammals. It’s commonly exhibited in elephants, rabbits, beavers, rodents and more! Dogs in particular love eating poop. It seems that nutritional deficiencies are the major cause of this behavior, but as we said before, it’s not the only one. Even healthy dogs eat poop, so it can’t JUST be due to nutritional deficiencies. According to the American Kennel Club, mostly puppies eat poop and stop this behavior by nine months old. Live Science reports that scientists conducted two online surveys to investigate if dogs ate poop and another survey addressed the poop eating dog owners directly for deeper questioning. What did they find? “About 16 percent of responders to the first survey said that they had observed their dog eating poop, and feces feasting did not appear to be linked to generally compulsive behavior or dietary deficiencies. Interestingly, 82 percent of the poo eaters only consumed poop that was no more than 2 days old, the study authors reported.” The second survey found that out of the poop eaters, only 38 percent of dogs ate their own feces weekly and that 85 percent preferred to eat their poop fresh (less than two days old).

It’s not just puppies that eat poop. Mothers often lick their puppies clean after going number two. This is a way to keep her babies clean. Generally, eating poop isn’t a safety concern, just a fact of a dog’s life. Here are some dog poop eating facts from the American Kennel Club:

There are legitimate medical reasons why dogs eat poop. These include:

Do You Need to Stop Your Dog from Eating Poop?

Well, as we said: eating poop isn’t necessarily unsafe, but it might be a sign of another medical disorder. If your dog is a frequent poop eater, you should take them to the vet. Only the vet can tell you if your dog is struggling with a secondary medical issue that is affecting their behaviors. Then again, they may just be bored, but something tells us that buying a new squeaky toy won’t be distraction enough from the call of fresh poop.