Home Animal News and Tips What Is Dog Yoga? 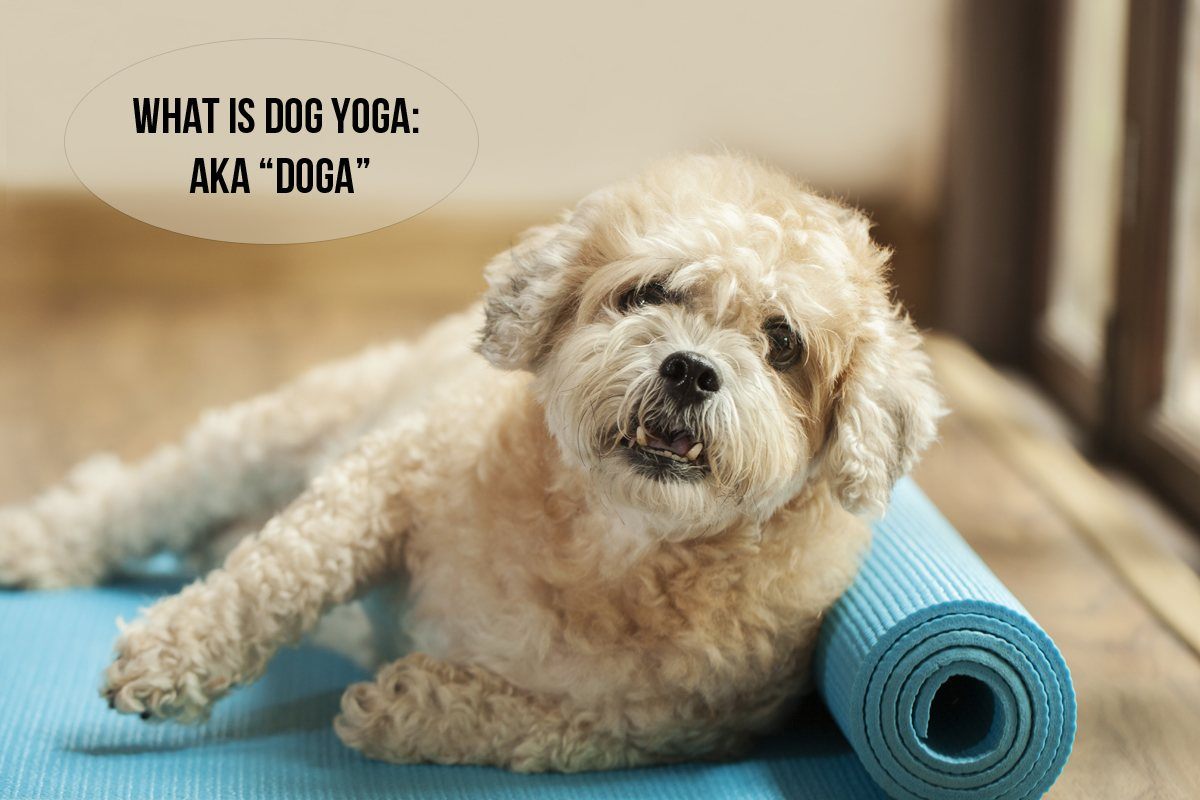 Also known as doga, dog yoga is the practice of doing yoga with pet dogs. With that being said, it can mean different things to different instructors. For example, some classes include the dogs simply roaming around while yoga is going on. Other classes involve taking your dog through specific yoga poses with you. Seattle yoga teacher Brenda Bryan explains, “As we lift, stretch and massage the dogs, we’re teaching them to trust in the relationship they share with us. They also receive physical benefits such as relaxation, stress release and an improvement in circulation and range of motion.” In dog yoga, the submissive dogs and their masters work as a team. The masters help their dog to perform different poses and sometimes, the pets are used as props or instruments while their masters perform their poses. Dog yoga enthusiasts say that the practice works to emphasize the union between beings, to help establish a pack mentality, strengthen the bond between owner and pet, and can give additional weight resistance which intensifies a yoga ritual. The dogs also provide a great source of entertainment for the class members. Dog yoga can be done with any size dog. When you perform dog yoga, you are manipulating your dog’s body, which helps you to gain trust between each other. Although it may take some time for your dog to get used to doing doga with you, it may offer some physical and emotional benefits for you both. Here are some examples of some dog yoga postures: Chair Pose: Your dog sits on his hind legs while you hold him from behind, raising his front paws in the air. Downward Facing Dog: Begin by laying your dog down on his stomach. Place your hand upon his shoulders, holding down the front of his body to the floor. Then, lift his back legs upward, lifting his hips into the air. Puppy Paw Mudra: Your dog lies on his stomach with his front legs extended outward. The owner kneels down behind the dog and places his head on the dog’s back while holding its front legs outward with your arms. Then the human turns his head to the side. Heart-to-Hound Mudra: Place one hand on your heart and the other on your dog’s heart. Close your eyes and breathe deeply. Dog yoga instructor Kari Harendorf, owner of East Yoga in New York City has been teaching doga classes since 2004. She explains, “It’s very much like a dance, using the dogs as we would use a traditional dance partner, just as a teacher might assist you to push deeper into the pose.” Kimberly Wilson, a doga instructor in Washington D.C. says, “It’s a wonderful bonding experience to be together with your dog while doing something that’s good for you.”