Home General What Is Dog Speak? 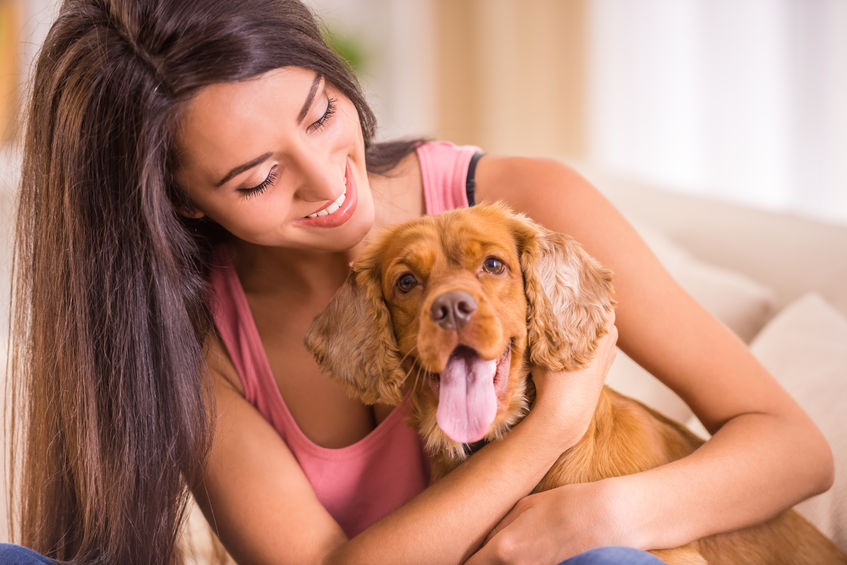 If you understand baby talk, you should understand the concept of dog speak. According to Science Daily, the way that we speak to our dogs is important to building a loving owner-pet relationship. Dog speak is a way to improve attention, and to create a social bond with your pet.

British researchers at the University of York set out to uncover the most effective ways to communicate with your dog. Previous studies examined talking in a high-pitched voice with exaggerated emotion to puppies and dogs. While puppies did respond accordingly, adult dogs did not respond to this. York researchers tested this theory with similar experiments, such as why humans talk to dogs the way they do, and if it is useful to dogs or not. The idea was to see if humans just liked to talk this way because they want to treat their dog like a baby, or it was to a dog’s benefit to speak this way. Dr. Katie Slocombe points out that it has been proven that infant-directed speech, or baby talk helps babies learn words more quickly, and help to create a special bond between the baby and the adult. The way that adults talk to babies is very similar to how people talk to their pet dogs. In the following experiment, both the tone of voice that the speaker was using and the content of what the person was saying when speaking to the dog was examined.

York researchers divided their subjects into two groups. In the first group, the person spoke to the adult dog in a “normal” or standard adult tone of voice. They talked to the dogs as if they were people, not talking about dog-related content. They would just say things like, “I am going to the cinema tonight,” for example. In the second group, people spoke to the same adult dog in a high-pitched rhythmic fashion. They would say things like, “You’re a good boy,” and “Want to go on a walk?” During each session, the dog’s level of attention was recorded. After the sessions were over, the dogs were left to choose which human they wanted to interact with. Next, the humans mixed dog-related words with a regular tone of voice, and then non-dog related words with a high-pitched rhythmic voice. They did this to determine if it was the words themselves that brought favor, or if it was simply the tone of voice.

After examining each group, here is the conclusion which is explained by Alex Benjamin, PhD student from the department of psychology. “We found that adult dogs were more likely to want to interact and spend time with the speaker that used dog directed speech with dog-related content, than they did those that used adult-directed speech with no dog-related content. This suggests that adult dogs need to hear dog-relevant words spoken in a high-pitched emotional voice, in order to find it relevant.” In other words, when you dog speak to your canine companion, a deeper communication is achieved.