Home Pets Dogs What Does it Mean When a Dog Howls? & Other Answers to... 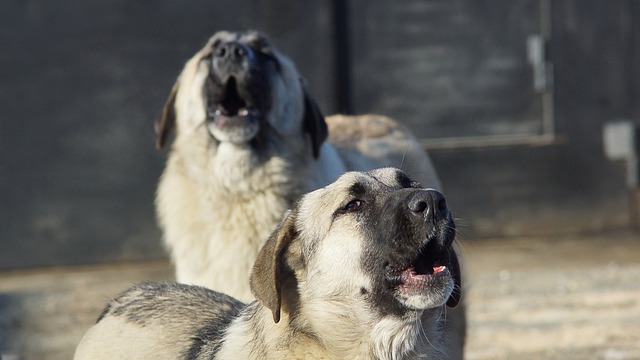 Howling dogs is a common enough occurrence. But what does it mean when a dog howls? Are they just tapping into their wolf DNA, or is there something more to this action?

While we don’t fully understand the reasons dogs howl, we have an idea. We’re going to explore dog howling and answer some other dog howling questions our readers have.

What Does It Mean When a Dog Howls?

There are several reasons a dog howls. For the most part, none of them are too worrisome unless they started howling out-of-the-blue. Dogs howl for the following reasons:

For the most part, your dog howls to let other animals know they are around. Let’s talk about those reasons you might want to investigate further.

Dogs may howl because they are anxious or not feeling well. For these reasons, you should investigate the reasons your dog is howling:

Howling Due to Anxiety

According to the American Kennel Club, “This only occurs when your dog is left at home alone or is separated from you for an extended amount of time. However, the howling is most often paired with another behavior such as pacing, scratching, and digging.”

Howling Due to Medical Issues

If your dog is uncomfortable or in pain, his howls may be trying to tell you something. Dogs who howl or shriek need to be assessed for possible injuries. We suggest taking them to the vet immediately.

Howling Due to Noise Sensitivity

Some dogs howl because they hear sounds that trigger them. These sounds often include sirens, another dog barking, etc. If you suspect this, then pay attention next time your dog howls. What happened before the howling began? And when did the dog stop howling? The American Kennel Club says, “Most often today dogs howl when they hear other sounds that they perceive is a canine calling card such as a siren at a nearby firehouse. Perhaps the more recent sirens didn’t have the right pitch to kick in that ancient instinct to howl in your Poodle like the time in the car.”

Once you discover what the trigger is, you can do your best to avoid it. At the very least, you can expect them to howl when they encounter the sound. 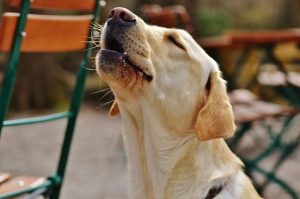 Do Certain Breeds Howl More Than Others?

The Husky, for example, is well known for their howling. If you have more than one Husky together, they can even howl in unison. It might seem novel at first to hear more than one dog “singing” together, but it can get old really quick. Having huskies howl each time an ambulance drives by can get annoying really quickly. Even Labradors have been known to howl often. While howling isn’t very common for all breeds, it is at least something to be aware of.

While howling is more common for some breeds, it’s actually pretty common for puppies of any breed. A young dog might howl when alone or insecure. It’s a normal reaction for a puppy who might have lost their parents or littermates. Howling can help their mother find them when they’ve gotten themselves lost. This is typical behavior that most puppies grow out of. Otherwise, there are things you can do to minimize howling for those persistent pups. 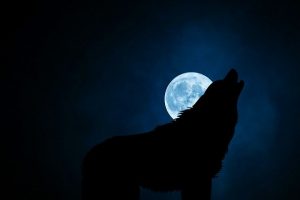 How Can I Stop My Dog Howling?

If your dog howls continuously, it’s because they’ve learned that they get something from it. Most often, a dog learns that they can get your attention from howling, and the behavior gets rewarded in their eyes. You’ll have to work to break that habit.

Instead, you can silence reward training. This kind of training is when you reward your dog when they are quiet. The first step is to try and get your dog to make some noise. Then you introduce the command “be quiet.” Once you say the command and your dog calms down, give them lots of praise and a treat. Eventually, your dog will learn that the command means they need to quiet down, and you’ll be able to calm them when they are making a ruckus.

While some breeds are disposed to howl, any dog can be trained to stop this behavior. Continually reinforcing the behavior you want will be the key to success.