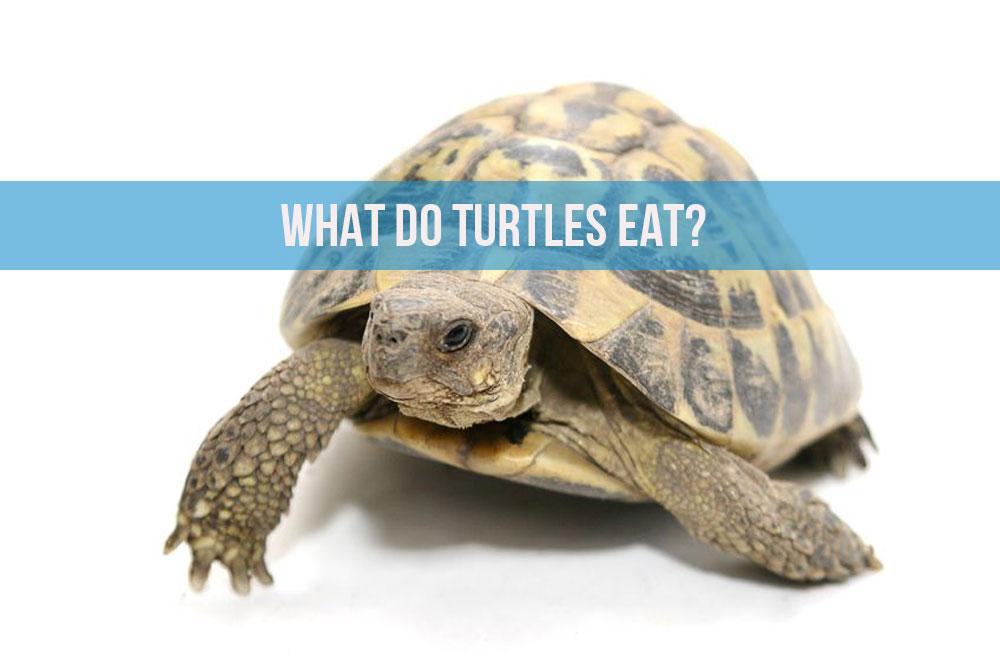 If you are like me, you may not know a lot about the life of a turtle. A commonly asked question is “What do turtles eat?” Well, it turns out that it depends largely on what kind of turtle we are talking about. There are over 300 species of turtles, and each one has its own diet it prefers. For example, wild turtles that you may see when roaming near a creek bed typically eat a lot of plants that are growing in the water. They also eat small insects, snails, worms and dead fish and marine animals.

Snapping turtles live on a diet of primarily live foods. For example, minnows and goldfish are their favorite meal. Crayfish and crickets are also eaten by snapping turtles. If you have a pet snapping turtle, you can get small, whole frozen fish at the supermarket. Vegetables and fruits can also be eaten. Giving your snapping turtle some store-bought turtle food is a good idea so that they don’t miss any vitamins they should be having in their diet.

Obviously, it wouldn’t be a good idea to keep a sea turtle as a pet, since the ocean is where they belong. Sea turtles feed on sponges, jellyfish, and other soft sea creatures. Some larger sea turtles with stronger mouths eat shellfish. However, not all sea turtles eat meat, such as the green sea turtle which is an herbivore. Green sea turtles eat only algae and are an invaluable element of the coral reef system. On the other end of the spectrum are leatherback sea turtles, who can reach a whopping 1.100 pounds! They use their powerful jaws to munch strictly on jellyfish, according to the Sea Turtle Conservancy.

Freshwater turtles are often called painted turtles. They can be found all across the country. Painted turtles enjoy eating various kinds of leafy vegetation, crickets and worms, small fresh water shellfish and other fish. If you have a painted turtle as a pet, experts suggest a separate tank for feeding as they are known to be messy eaters.

What to feed a pet turtle depends on the type of turtle as well as its age. Each turtle has its own type of natural habitat, therefore its own type of food and environmental conditions where it will thrive. Generally speaking, most turtles are meat eaters while they are young. As turtles get older, they find nutrition from both meat and plant sources. As a side note, be sure that your pet turtle gets enough calcium to keep their shell healthy. Because turtles can’t have dairy products, giving them a vitamin supplement is the best way to ensure that your turtle will get as much calcium as they need. If you have an adult turtle, it needs protein, which includes cooked meat. Insects, cooked eggs and leafy vegetables should also be included in an adult turtle’s diet. Never give dairy products or processed foods to your pet turtle.