If you have never seen a Silkie chicken, you are in for a sweet and cuddly surprise. They have been called the teddy bears of the poultry world. Silkies are perfect chickens for those who have never bought a bird before. Their main defining feature is their downy soft and fluffy plumage that can be white, black, grey or gold. Silkies come in standard or bearded varieties. A bearded Silkie has a beard and muffs. They all have a black face, bones and skin and their flesh is a very dark grey-blue. They have 5 toes on each foot. The Silkie has their silky feathers because they don’t have barbs like other chickens do. Their fluffiness makes them look much bigger than they actually are. Another distinguishing feature is their turquoise earlobes. They only weigh 3 to 4 pounds. They are gentle birds who love company. Beginning at 6 months old, they begin to follow you chattering about. They are wonderful mothers and love to raise their eggs. A hen will produce around 100 eggs a year. They are known for their calm and friendly temperament. They do well when confined and they interact very well with children.

A bearded dragon is a medium-sized lizard that is 1 to 2 feet in length from their head to the tip of their tail. It has a triangular-shaped head that contains rows of spikes that look like thorns. It has rows of spiked scales that look like a beard when they are puffed up. The scales can also change colors that turn darker when they breed. The bearded dragon has distinctive movements which are quite unique. The first one is arm waving. The bearded dragon will stand high on three legs and raise the last leg in the air and wave it in a circular motion. The other is head bobbing. The bearded dragon will repeatedly raise and lower their head. Originating from the desert and woodlands regions of Australia, the bearded dragon can be found basking on branches, stumps or rocks. There are several different types of bearded dragons. One variety is known as leatherback bearded dragons. Their scales do not grow to a full size, but they have a larger number of smaller scales. This increases the coloring of the dragon. They come in a variety of different colors. Silkback bearded dragons are another variety. These are bred by mating two leatherback dragons. This makes them even smoother than their parents. Their scales are so small that they look as smooth like skin. They are available in unique colors. A particularly unique type of bearded dragon is known as the German giant. These are 50% larger than regular bearded dragons. They are created by mating two bearded dragons that are larger than normal. They are very spiky and colorful.

These beautiful birds are quite large, as they can reach lengths of 33 inches from the beak to the end of the tailfeathers. They are known for their vibrant colors. They typically have a green forehead which fades into blue that covers the nape, back, tail and wings. The underside of the wings, the chest and the belly are a bright golden yellow. They have white patches of skin around their eyes and face. Blue and gold macaws have large black beaks. They are known to be very vocal. These birds are captivating, intelligent and majestic. They are one of the most popular large parrots. They are quite sociable and have even temperaments, which makes them great pets. It will form a strong bond with its family members. However, this bird does require some extra attention. As they are rather large, they need a lot of space where they can live, play and exercise. Their bird calls are quite loud, so your neighbors might hear them. They need to have enough mental stimulation so that they don’t get bored and keep calling out. Blue and gold macaws are fed a varied diet that consists of as many different types of fresh foods as possible. These active birds love to climb, swing, bounce and chew. They need a minimum of 2 to 3 hours of playtime outside of their cage each day so that they can stretch and exercise their muscles. 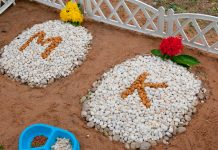 How to Cope When You’ve Lost a Pet 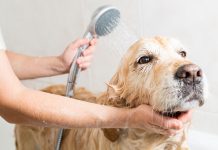 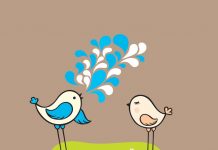