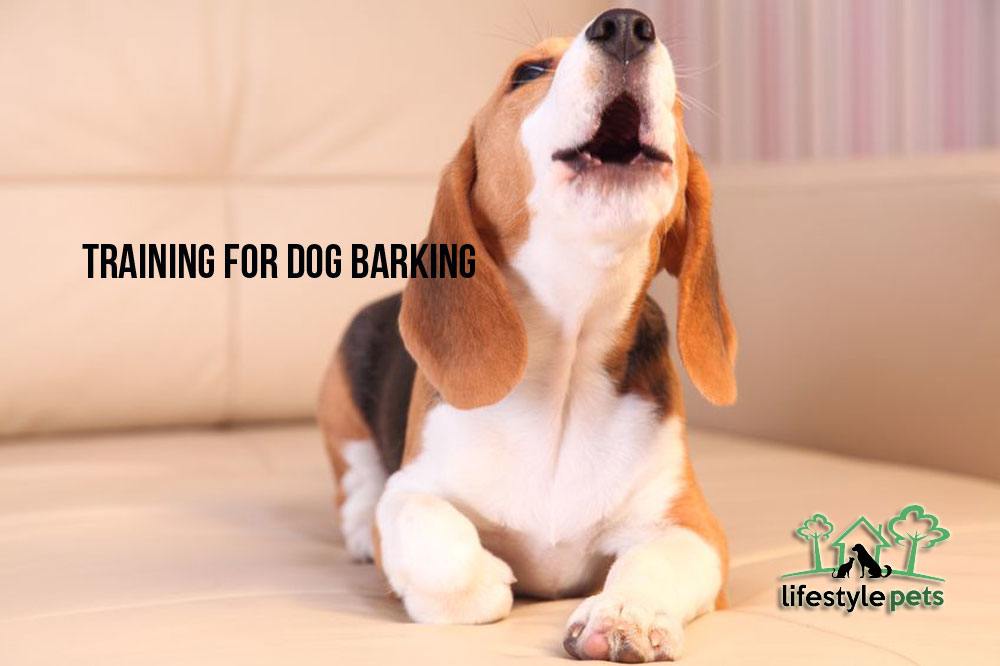 Excessive dog barking can become a big headache for dog owners. Nobody wants to be the neighbor with the dog that barks like crazy. To improve your dog’s behavior, the first thing to do is understand it. Dogs bark differently in various situations, and for various reasons. For example, some barking is done to alert the owner of perceived trouble. Other barking is done to get attention. Another reason for dog barking is out of frustration, and they may howl when they are left by themselves. Dog barking can be a difficult challenge for dog owners to work through, because many of our instincts end up reinforcing their behavior. As an example, let’s take a dog who is barking at a passerby on the street, or another dog. Because we as humans like to nurture, our natural reaction may be to pet the barking dog, to calm him down or soothe him. However, the dog translates this as “you like what I am doing, so I am going to keep doing it.” On the other hand, some dog owners scold their barking dog by yelling or punishing them. Although this might temporarily suppress the behavior, the problem is that doing this causes the dog further stress, which might make them bark more.

In order to train your barking dog, it is important to first identify what his making him or her bark in the first place. For example, if your dog is barking at either something he hears or sees outside, change the environment. Close the curtain so he can’t see outside, or turn on some music to cover up the sounds he is hearing. Dog barking can be a self-rewarding behavior for your dog. The dog sees it this way. He barks at the mailman, and then the mailman is gone. He thinks he is the cause of making this intruder go away. Does your dog bark because he is left alone? Experts suggest giving him plenty of exercise before you leave him. You can also try giving him something to keep himself occupied while you are away, such as a food puzzle toy. For the dog that is barking for attention, try finding something that he can get excited about, like a ball or a toy. This will cause him to bark. After he becomes quiet, give him a reward. This will teach him that he will be rewarded when he is quiet, not when he is barking. Make a point to reward your dog and give him praise, when he is being calm and quiet. Normally, when dogs are quiet, they can be ignored. However, when they bark, they get lots of attention. Make sure that your dog feels rewarded for being quiet when people walk by outside, and he will be more likely to watch quietly in the future. 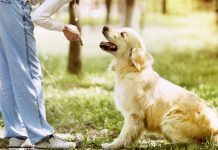 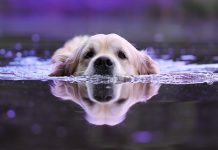 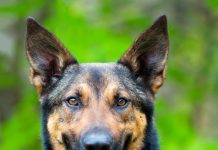 What Do Police Dogs Do?