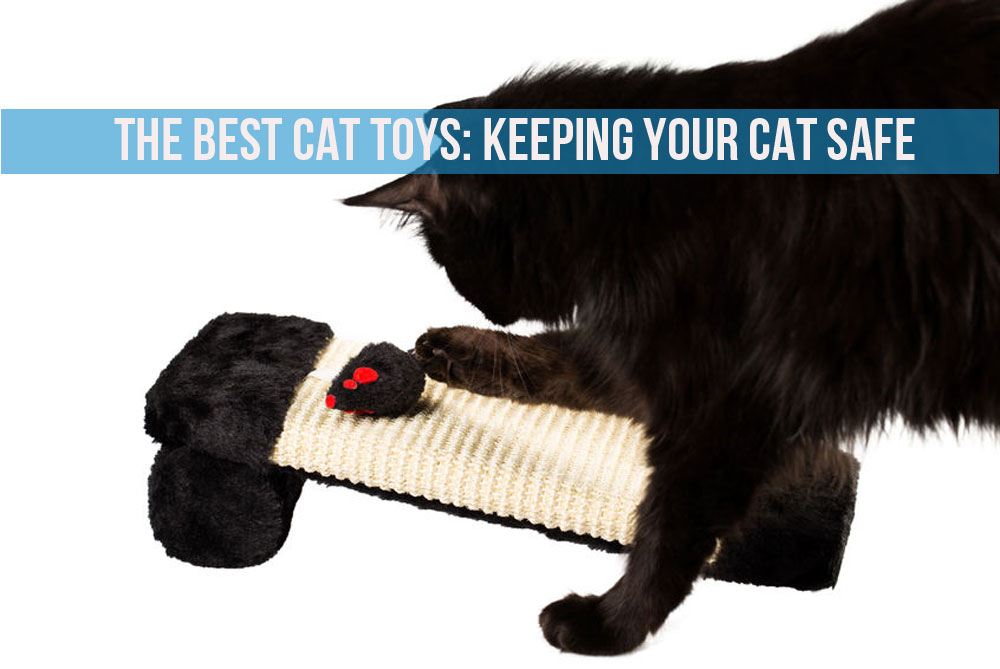 Buying cat toys for your kitty should be a lot like buying toys for your child. Safety should always come first. No matter how harmless a cat toy may look, there are potential dangers in many of them. Many people choose plush toys for their cat, which are filled with catnip or honeysuckle for example. However, just because something looks soft and fuzzy, it doesn’t necessarily mean it is 100% safe for your furry friend.

Cats love to chase soft toys that dangle on a string, which often is dangled from a stick of some sort. This cat toy kind of looks like a fishing rod. These toys are safe for your cat, as long as you are the one controlling them. However, if they are left laying unattended, the pointy end on this type of cat toy can pose a risk to your cat’s eyes, mouth and body.

Back to the toy I just mentioned. Remember the string on that dangling toy? Should it come loose from the toy and your cat munches on it, there can be big trouble. If your cat swallows string, it can choke on it. Or, should the string be digested, it can cut open or block your cat’s intestines. String that is swallowed can cause a life-threating risk to your cat. So perhaps you don’t have balls of string laying around and aren’t worried about this? Think about similar cat toys and other household items that could cause a similar scenario. For instance, a toy mouse with a long tail has a string-like part on it, doesn’t it? At Christmastime, keep your kitty away from your Christmas decorations. Fake icicles and tinsel pieces are dangerous to your cat if they are swallowed.

Again, think back to children’s toys. Choking risks come in the form of small pieces or parts that can break off of a toy and get lodged in the throat. Avoid cat toys that have small eyes and noses that your cat may be able to chew or scratch off of the toy. Let’s say your cat chews off a tiny plastic nose off of their cat toy. The plastic may be jagged where it has broken apart, which can have sharp edges and poke your cat’s tummy.

Over the past few years, you may have heard about recalls of children’s toys because they contain lead or mercury in the paint that was used to decorate them. While this is more likely to happen with a children’s toy of some sort, it can also happen with pet toys. It is best to avoid pet toys that have been painted.

No matter if we are talking about a dog or a cat, if they swallow the stuffing their toy is filled with, there can be a problem. Stuffing is usually made from cotton, kapok, polyester fibers or little beads. If any of these are swallowed, it can block your pet’s digestive tract.

Now that we have talked about the dangers to watch for, let’s take a moment to talk about the best cat toys. The Humane Society emphasizes the importance of getting your cat up and running. Interactive cat toys are quite popular at the moment. One example is the Bergan Turbo Scratcher. It is great because it consists of a ball that rolls around a circular track, and has a cardboard section in the center, which is perfect for scratching. Just sprinkle a little catnip on the scratching part, and your cat will get plenty of exercise by nudging and chasing the ball around the track. The Cat Charmer Wand Toy is another great choice. It consists of a durable polycarbonate wand that is attached to a length of colorful fleece fabric. You just pick up the wand, flick it around and your cat will be addicted! Laser cat toys have also become quite popular. For example, the FroliCat Bolt Laser Toy sends a safe laser light out from the device and onto the floor. The laser then bounces around your living room. It is great exercise for your cat, because he will love chasing it around.

Now that you know the dangers to watch for, picking the best cat toys should be a lot easier. Try having several cat toys on hand, and switching them out often so that your kitty doesn’t get bored. Play on! 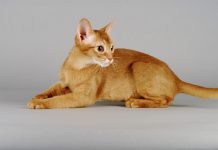 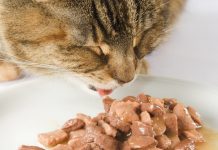 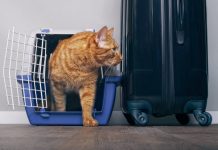