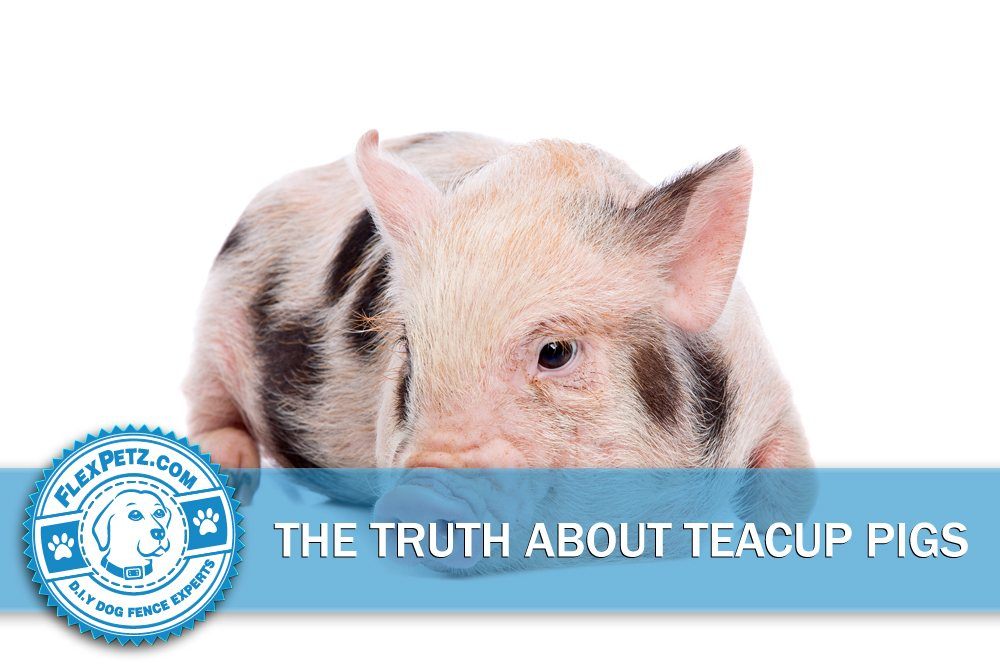 When you hear the term “teacup pig,” cute images and warm fuzzy feelings may come to mind. Isn’t it a novel idea that something as large as a pig could actually fit inside of a teacup? In reality, a teacup pig is an oxymoron. Sometimes advertised as micro pigs, pocket pigs or Juliana pigs, a teacup pig often comes with a promise that it will stay tiny forever. Hopeful buyers shell out anywhere from $750 to over $3,500 for teacup pigs. What is unfortunate is that the buyer actually believes that the pig will not get bigger than 12 pounds. Popularity of teacup pigs peaked in 2009 when Paris Hilton showed off her teacup pig named Princess Piglette to the cameras. Since that time, Hilton’s pig has grown much larger than she ever expected. When a pig is called a teacup, it refers to how large the pig is at that exact moment in time. However, this has no bearing on how large the pig will actually get in the future. Some breeders instruct buyers to feed their teacup pig only ¼ cup of food every day in order to keep them small. People who follow these instructions are essentially starving their pig. Those who feed their pigs as they should are also running into problems. The pig that they were told would stay small is undeniably getting too big to keep as a pet. These pigs will eat as much food as you give them and still want more. Luckily, there are organizations across the country that are taking in pigs that owners can no longer care for. One of these is known as Vegas Pig Pets, ran by Crystal Kim-Han. She works to find new homes for these pigs. Kim-Han explains that she regularly sees pet pigs suffering because the owners don’t know how to take care of them. She says that teacup pigs commonly suffer from bone deformities as they aren’t getting enough to eat. Other pigs are being fed enough but they just keep growing and growing until they reach about 100 pounds. There is also the question of whether pigs should be domesticated pets in the first place. Dogs and cats have been bred for thousands and thousands of years, whereas pigs have no history of being kept as pets. Their natural instinct is to fear humans. Kim-Han says that pigs can make great companions, if you realize that they have special needs. The first is to realize that they will definitely grow larger than other family pets. She says that by the time the pig finishes growing, it will outweigh the average person. So what is the truth about teacup pigs? They are essentially a marketing scam. If you decide to get one of them, be prepared to handle a very large responsibility.