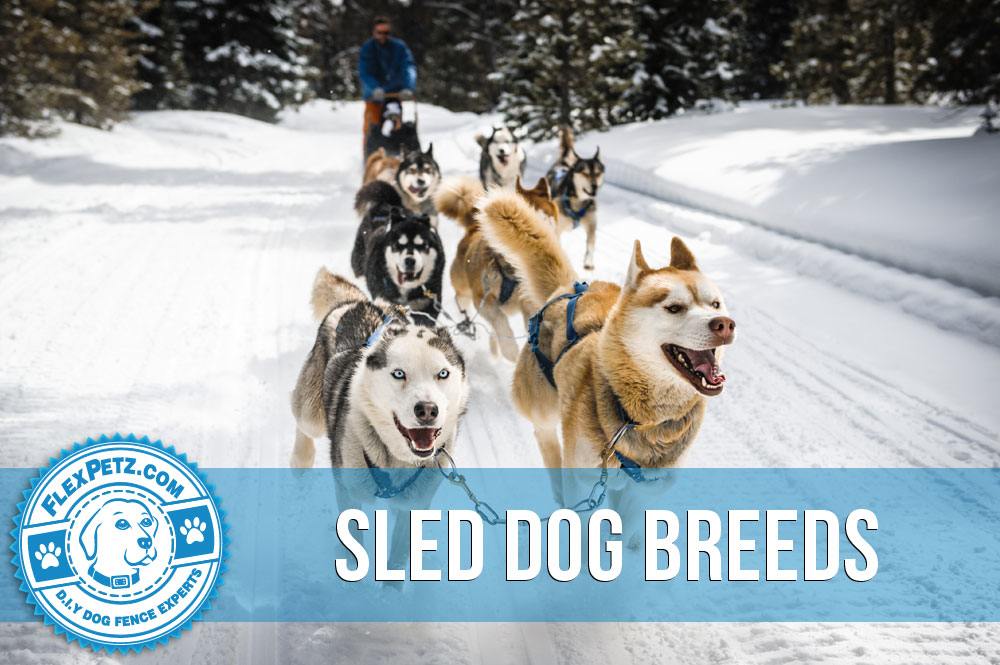 Sled dogs are known to thrive in harsh winter weather. They are characterized by their intelligence, endurance and strength. Generally medium to large in size, sled dogs also have a very muscular build. They have been helping man transport supplies before the automobile even existed. Today, sled dog breeds are pets that are sometimes trained to participate in sled dog races. Sled dogs are able to withstand very low temperatures. Their coats have a double layer. Their undercoat insulates the dogs from the snow and ice. Their thick coats require regular brushing and grooming. During the summer months, sled dogs shed a lot as they are losing a lot of their undercoat. Those who have dog allergies may find this to be a difficult period. Traditional sled dog breeds include the Siberian Husky, the Alaskan Malamute, the Chinook, the Sakhalin Husky, the Canadian Eskimo Dog, the Seppala Siberian sled dog, the Tamaskan Husky, the Samoyed, the Eurohound, the Mackenzie River Husky and the Greenland Dog. Though these dogs were bred for a purpose, many other breeds have been used as well. Even the poodle has had some sled dog experience! Today, the sled dog racing tradition continues, with the most popular breeds including the Alaskan Husky and various cross breeds, often mixed with the German Shorthaired Pointer. In modern sled races, Alaskan Huskies are generally the favorite because they are faster than traditional breeds such as the Alaskan Malamute or the Samoyed. Although Alaskan Huskies are not as strong, their performance in sled dog racing is unparalleled. This is because in sled dog racing, speed is important and distances are shorter, and these dogs are up to the task. Alaskan Huskies are not a recognized breed. As they are bred for their performance, they cannot be readily characterized as a breed. Alaskan Husky dogs generally represent varieties of different types with different lines. Essentially hybrid dogs, Alaskan Huskies are bred with the needs of the breeders in mind. For example, a husky may be bred with a wolf, setters, or other breeds that grant advantages in speed and endurance. A winter and fall sport, sled dog racing is an event where the sled dogs are attached to a sled or a 3 or 4 wheeled cart in autumn, and the driver is pulled along by standing on runners. The dogs are harnessed individually, with tug lines attached that are linked to a central line. Linked in pairs, there are up to 22 dogs in a racing team. Teams either are racing against the clock to get the best time, or against each other for the winner. Three categories exist in sled dog races: short distance, middle distance and long distance. The sport of sled dog racing has had some interesting adaptations to different climates. For example, in Australia where it rarely snows, sled dog races are still held. Instead of sleds on snow, the racing is held on dirt tracks with modified scooters. Sled dogs in Australia may include traditional sled dogs as well as Kelpies, English Pointers and Red Heelers.