Home Dogs Dog Breeds All You need to Know about Siberian Huskies
Siberian Huskies! You have to have a heart of stone not to fall for their wolf-like exotic appearance, vitality, and ever charming, friendly nature. Although it’s no surprise that many people are head over heels for their wild, yet affectionate nature, striking looks, power, athleticism and talent, very few understand the Siberian husky and this breed. So here’s a quick class on all you need to know about huskies, their temperament, nature and care. History of the Siberian Husky No points for guessing that the breed first originated in Siberia. After all, that’s where it gets its name from. Other than the fact that it comes from the Chukchi, a tribe of Siberian nomads, it does not have a clear cut history. 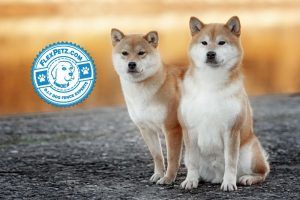 Said to be amongst the oldest dog breeds, the Siberian husky was later imported to Alaska and used as sled dogs while they went on to grow in North America. On an average, while the female stands between 20 to 22 inches, the male is around 21 to 23.5 inches tall and they were probably happy to get out of Russia (yes, there are probably still some there, we know)! Personality of the Siberian Husky Contrary to its looks, the Siberian husky is a gentle and friendly dog with a warm temperament. If left unsupervised, they are experts at foiling fences, garages, and screen doors. They are never timid and shy, and are perfect family dogs. They do not portray qualities of a watch dog, are indifferent to strangers and get along well with other dogs. Even when they are grown up, they act like puppies, jumping, and running around outdoors as if on a sugar rush. A Siberian husky can’t stand being left alone, has the energy and endurance that can last a lifetime and are they are the happiest in cold climates. Grooming a Siberian Husky Grooming is vital when it comes to a Siberian husky. According to the breed standard, the canine should be “well-furred”. Your husky will undergo a process known as “blowing coat” and so will shed once or twice a year, or all throughout the year, owing to its soft, dense, medium-length double coat. Other than that, a husky is easy to maintain and groom as it is a naturally clean dog that does not give out odor. All that is required to keep him in check involves trimming his hair between the foot pads, brushing him with a brush to get rid of dead hair, brushing his teeth with a vet-approved toothpaste, and trimming his nails from time to time. Is a Siberian Husky the Dog for You? Although you may love to adopt a Siberian husky, you need to keep in mind these points. Has average watchdog ability: A Siberian husky alerts his owners about intruders and uncommon happenings. Other than barking, do not depend on him to defend and protect you. Very active: The dog is full of untiring energy and unless you can keep up with his vigor, do not choose a husky. Not very comfortable around kids: If put in a spot, the husky is not very good with kids, unless he has grown up with them from the start. Cool climate animal: A husky can survive the harshest elements from Mother Nature in terms of coldness, but gets uncomfortable and sulky in hot and humid weather. A Siberian husky can be a breath of fresh air on a dull, tiring day, and it can also sap the energy out of you on an active and playful day. They make adorable puppies and affable companions for life.