On December 6, 2012, the U.S. Food and Drug Administration (FDA) issued a warning to pet owners to refrain from feeding their dogs specific lots of Nature’s Deli Chicken Jerky Dog Treats. Manufactured and distributed by Kasel Associated Industries in the Denver Colorado area at Costco store locations, the affected product was recalled due to the potential for Salmonella contamination.

Included in the FDA recall were 3-lb packages of Nature’s Deli Chicken Jerky Dog Treats in yellow, blue, green, and red plastic packaging with lot code BESTBY061912DEN on the back of the packaging. The recall was issued due to a sample of the lot in question testing positive for Salmonella with the Colorado Department of Agriculture.

The FDA followed up the initial testing with further tests and discovered further contamination within the affected lot. While Kasel Associated Industries did recall one lot of its Nature’s Deli Chicken Jerky Dog Treats, this did not include the lot that tested positive with the FDA.

Some of the symptoms of Salmonella infection in pets include fever, abdominal pain, and diarrhea. Humans can also become infected through contact with infected pets, contaminated products, and its packaging. Medical help should be sought if pet owners think they or their pets have been infected with Salmonella.

Consumers should dispose of unused portions of the recalled product in a sealed trash receptacle.

To file a complaint with the FDA about one of the products they regulate, 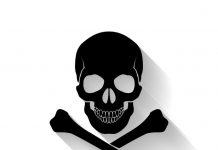