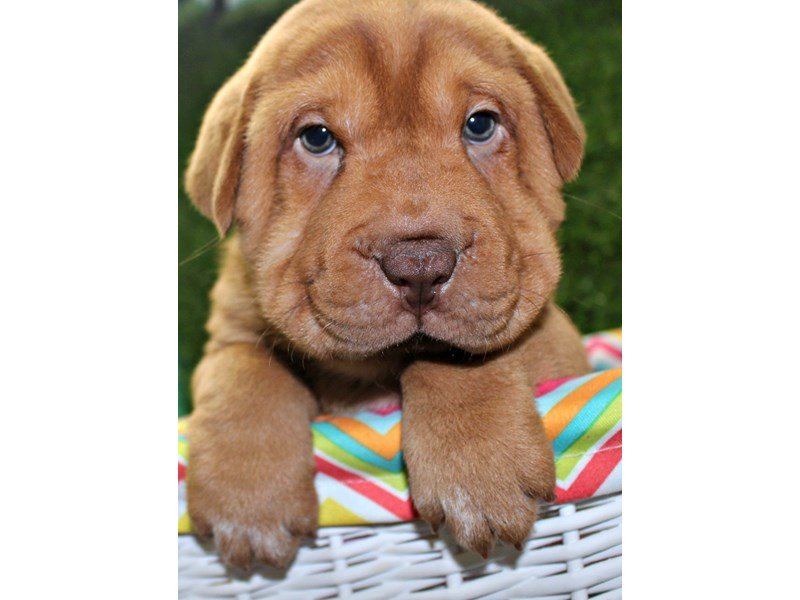 A mini hippo is not a household name yet. These cute little pups are becoming much more popular because of their interesting appearance and kind nature. This dog is a crossbreed between a purebred Cocker Spaniel and a Chinese Shar-Pei.

The Shar-Pei is an ancient pedigree of pup that is fiercely loyal to their owners and can be a little less polite to strangers. This makes it a fantastic guard dog or companion. Its snout is short and broad. Many say it resembles a hippopotamus’s snout, which is where the mini hippo gets its name from. The Shar-Pei is independent, intelligent and extremely loyal. They normally have a calm demeanor but are suspicious of strangers and other dogs and will let everyone know. Many recommend early training with this dog to get it socialized and well-disciplined. Without training, a Shar-Pei can easily take over the house.

The cocker spaniel has won its way into many hearts and has become one of the most popular dog breeds around. It’s a very easy-going pup with a love of play. Young children can benefit from the spaniel spirit as well. A spaniel will be happy running around in the backyard but is ready for even more brisk activities. As a sport breed, the cocker spaniel loves to exercise, but doesn’t have the need to “burn off energy” that some other breeds can have. Grooming should be given serious consideration as most spaniels have a beautiful and long coat. The extra time is worth it!

The mini hippo dog is a newer breed, so it might not be very familiar to everyone. But it’s one of the cutest new dogs on the block. This pup is a bit squarish with that broad “hippo” nose of the Shar-Pei. The mini hippo shares the calm and intelligent nature of its Shar-Pei parent; it can also be a bit stubborn at times. The good news is that the mini hippo doesn’t have the same need of training as its Shar-Pei parent would. Common training techniques are usually enough to keep this little one in line. The mini hippo also has gotten a bit of its attitude from its spaniel parent. The mini is a very social dog. He’ll always be friendly and playful. If you were looking for a great dog for the family, there’s not many dogs that would be a better choice.

As always, you can count of FlexPetz to keep you updated on the newest designer dog breeds. The mini hippo has wowed so many happy dog owners, its sure to be making its way into a home near you!