Microsoft technology has found another way to entertain us. Their latest iPhone app, Fetch! uses image recognition to tell you what kind of dog you have. Simply choose a photo from your personal photo library or snap a fresh one from your phone. Fetch! takes a look at the photo you choose and compares it with its library of information, that evaluates its appearance. What about if your dog is a mutt? In that case, Fetch! makes its best guess, showing you a percentage of its closest match. After you are told what breed of dog you have, the app outlines specific character and personality traits that are commonly found in the breed. What is so special about the app? Here’s the deal. Have you ever heard it said that some people look like their dogs? Well, if you take a picture of yourself instead of your dog, Fetch! will tell you what type of dog you resemble the most. The app will also tell you what kind of human personality fits best with specific breeds. This app is the newest in a series of fun projects that are designed to examine the learning potential of machines. In the case of Fetch! the app is able to look at an image and make some sort of decision about what it is, which some would label an intuitive choice. Mitch Goldberg, from Microsoft Research explains to CBS News, “We wanted to bring artificial intelligence to the canine world. We wanted to show that object recognition is something anyone could understand and interact with.” You may wonder what happens if you take a picture of a coffee mug or other object. It will tell you, “No dogs found! Hmmm…This looks more like a mug.” However, take a picture of a person and it will tell you which dog they look like, and why! However, it should be noted that different images with varying lighting could cause Fetch! to produce different results as to what type of dog you are. If you are amused what you see, you can share the image that says what kind of dog you are through social networking or by emailing it. According to an announcement by Microsoft, Fetch! was released just in time for the American Kennel Club’s Meet & Compete and the Westminster Kennel Club Dog Show. To get the Fetch! app yourself, download it from the Apple App store, or go to the website what-dog.net. 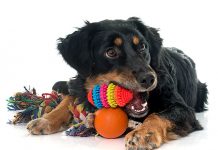 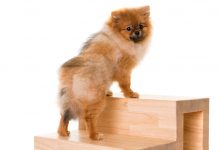 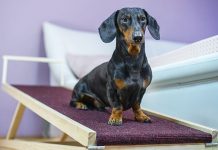