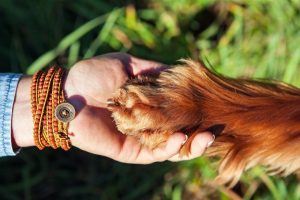 You may be surprised to know exactly what is going on in the mind of your dog. Some examples of this are that they know how to process human voices almost just like humans do. Dogs can show jealousy and can recognize the different ways that humans express themselves emotionally. According to studies published in in Animal Cognition journal, it doesn’t stop there. Dogs can tell a liar from someone who tells the truth. One study showed that dogs selected a bowl of food that was smaller after their owner tried to mislead them by suggesting it. This meant that dogs often respond to our pointing and misleading signals. It appears that the dog wrestles with trying to not follow our mannerisms. However, it was not determined how the dogs figure out the human that performs these motions and how they adjust their behavior accordingly. This was examined further at Kyoto University in Japan. In this study, 34 dogs and their respective owners were studied. They underwent many tests that were set to figure out exactly how skilled they were at figuring out how trustworthy someone was. In the study, two opaque dog food containers were used, that were designed to smell the same. One contained food and the other did not. The first time, the owners correctly pointed out to their dog which container had the food inside of it. Then they let the dog go, to see which one he wanted. The second time, the owner pointed out the empty container for their dog to go and get. This time around, the dog didn’t pay their owner’s advice any attention. To see if this trend continued, they tried the same trick with other individuals and the results were the same. This research suggests that dogs are able to figure out how reliable a person is based on experience. They utilize this in order to modify their behavior in order to see how the person will act in the future. It was shown that dogs have a more complex level of social intelligence than we previously thought