Today, a gluten free diet is becoming more and more popular. People who have eliminated gluten from their diet may embrace the idea of extending this to their pets as well. What exactly is gluten anyway? It is a protein that is found in wheat, barley, rye and other grains after the starch has been removed. Gluten is akin to the glue that holds dough together. Not found in corn or rice, gluten is present in grains that belong to the grass family. Other grains that do not contain gluten include buckwheat, millet, quinoa, oats and sunflower seeds. If your dog has had a gastrointestinal reaction to gluten, there are gluten-free dog foods available on the market. Some veterinarians recommend feeding dogs a gluten free diet that is also void of many other common allergy triggers, such as dairy products, soy and corn. If you are feeding your dog a food that is free of grain, then you are already feeding them a gluten free food. Be aware that if your dog is sensitive to gluten, you need to check labels carefully when you purchase treats and snacks. This is because many of them contain wheat, which could cause your dog to have problems. Some researchers believe that gluten sensitivity is often mistaken for a close cousin, known as FODMAPs. These carbohydrates are fermentable and poorly absorbed by the body. They are also known to cause gastrointestinal issues. Although they are not glutens, they are commonly found in the same foods that contain glutens. It is believed that eliminating them from the diet may help improve symptoms that are related with sensitivities to gluten. Two culprits of FODMAP that should be avoided entirely in dog foods are garlic and onions. Other vegetable sources that contain them include beetroot, cauliflower, peas, soybeans and split peas. Fruit sources include apples, avocadoes and pears. Common FODMAP grain ingredients found in dog foods include wheat products, barley, bran, rye and semolina. Sweeteners that contain it include fructose, high-fructose corn syrup, honey, and xylitol, which is very harmful to dogs. If you are looking for gluten free dog food, Nature’s Logic is a great place to start. All of their canned and dry dog foods are gluten free. The company Nutro, makes several of their formulas without gluten. Purina makes several veterinary formulations that work well for dogs with gastrointestinal concerns. Rachel Ray also has her own gluten free dog food, called Rachael Ray Nutrish Just 6. 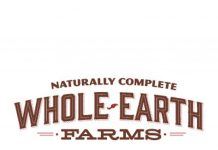 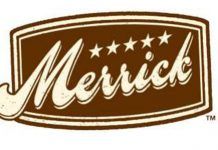 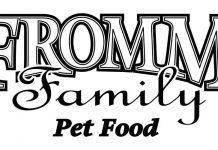