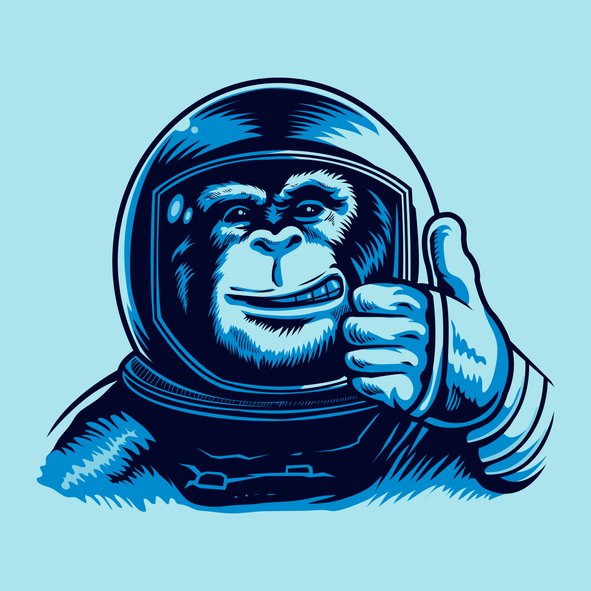 While many of us remember the names of the first men on the moon, Buzz Aldrin and Neil Armstrong, history often forgets to mention their predecessors: animals. From fruit flies to apes, there have been many animals sent to space by various countries. While this form of animal testing is contentious today, in 1947, when the Americans launched the V-2 rocket, there were fruit flies on board to test the impact of cosmic radiation. This testing would later be used to launch humans safely into space.

Why Did Animals Go to Space?

It’s no news that even today animal lives are not treated equally to humans. There are many industries today that abuse animals and there are many countries that use animals for their own gain no matter the cost. So, it should really be no surprise that animals were used to test how safe space travel was over 70 years ago.

During the cold war, the United States and the Soviet Union would pull out all the stops to gain a technological advantage over the other. Loss of animal life was acceptable. At least the American space programs tried their best to keep their animals alive throughout their space tests. Many Soviet space tests actually planned for the animal astronaut to die.

Regardless of the country testing the waters of space flight, these animals are the unsung heroes of our modern space programs. The data that scientists have learned from these animals has informed our own space travel and has given us wonderful technologies like global communication and GPS. Even climate monitoring and weather prediction technologies have been made available due to the sacrifices of these animals. So next time you hail an Uber with your cell phone, be sure to thank these brave animals.

While relatively unknown, the fruit fly was actually the first animal that was sent into space. In 1947, American scientists were trying to test the effect of cosmic radiation on the body. This was of course testing for what would eventually be a human being sent to space. The fruit flies were loaded into a V-2 ballistic missile that had recovered from the Nazis after World War II. The missile was launched 109 kilometers into the air. This is the point that space officially begins. The capsule with the flies was then parachuted down to earth. Scientists found that not only were the flies still alive, but they showed no evidence of radiation poisoning.

Mice are still used today for many laboratory tests. But the first mouse was sent to space in 1950. This mouse did die when there was a parachute failure. However, since then, mice on the International Space Station have shown that mice can adapt very well to microgravity conditions.

There have been many monkeys that have been to space, in fact, there have been 32 in total. One of the first space launches of a monkey happened in 1948, however, the monkey suffocated in his cabin before he was even launched. A year later, a rhesus macaque reached 134 kilometers from Earth, but died upon reentry.

Rabbits played a key role in the Soviets space flights of the 1950s. They were considered one-way passengers for these initial space tests. In 1959, the Soviets launched two dogs and a rabbit into space with a number of mice and flies. These creatures returned to earth safely. Today, small animals like rabbits are thought more as biological payload and are used purely for scientific study.

The French sent the very first cat into space in 1963. The cat was connected to electrodes to monitor and transmit her condition throughout the space flight. The cat, Félicette reached an altitude of 160 kilometers and returned to Earth completely unharmed. Upon completion of her mission, she was dubbed Félix the cat after the popular cartoon character.

Tortoises were used by the Soviets in 1968. They were sent around the moon and returned to Earth over the course of six days. They seemed to suffer no ill effects; however, they did lose about ten percent of their body mass.

In the words of NASA, “These animals performed a service to their respective countries that no human could or would have performed. They gave their lives and/or their service in the name of technological advancement, paving the way for humanity’s many forays into space.”