Home Pet Health Everything You Need to Know About Canine Parvovirus 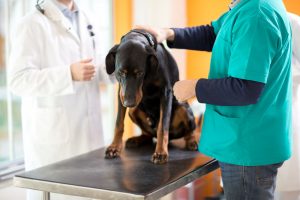 Having a sick dog can be worrying, to say the least. But what happens when they are seriously ill?

If you’ve ever taken your dog to get their vaccines, you’ve probably heard of parvovirus. This common canine virus is highly contagious and dangerous to the long-term health of your dog. Here’s what you need to know.

What is Canine Parvovirus?

Canine parvovirus is a recent canine disease. According to the Baker Institute for Animal Health at Cornell, “The virus that causes the disease known as “parvo”, canine parvovirus type 2 (CPV), first emerged among dogs in Europe around 1976. By 1978 the virus had spread unchecked, causing a worldwide epidemic of myocarditis and inflammation in the intestines (gastroenteritis).”

At the time, it wasn’t known that dogs aren’t the only animals that can contract parvo. In fact, wild canines such as wolves and coyotes and other wildlife such as foxes and raccoons can contract the disease. Because effective vaccines were developed in the late 1970s, there aren’t as many deadly outbreaks as there used to be.

How do Dogs Get Parvo?

Dogs can catch the virus from other dogs. Especially puppies and dogs with poor immune systems. It’s crucial to keep dogs vaccinated to prevent them from contracting and spreading the disease.

The main way dogs catch parvo is in the feces of other infected dogs. If a healthy dog ingests the infected feces, they can become ill. That’s why dogs often catch parvo in kennels, shelters, and other places dogs frequent.

Once a dog is infected, there is an incubation time of three to seven days. Therefore, they have the virus before they show symptoms. Within that incubation window, the dog’s tonsils and lymph nodes are attacked by the virus. Then, the virus moves to the bloodstream. Eventually, the virus moves to the small intestine, eating up nutrients as your dog eats. This leads to dangerous symptoms. It can also lead to heart issues.

What are the Symptoms of Parvo in Dogs?

Look out for these symptoms in dogs with parvovirus:

According to VCA, “Diarrhea often has a very strong smell, may contain lots of mucus and may or may not contain blood. It is important to note that many dogs may not show every clinical sign but vomiting and diarrhea are the most common and consistent signs; vomiting usually begins first.”

A dog gets diagnosed by a veterinarian. They may test the dog’s stool for the virus antigen or within antibodies in their blood. Very rarely, a dog with parvo tests negative for the virus in their stool. If your dog has all the symptoms, your vet will likely proceed with checking the dog’s white blood cell count.

How to Treat Parvo

Thankfully, most dogs given treatment can recover from parvovirus. For some reason, however, certain breeds have higher fatality rates due to parvo. These include English Springer Spaniels, Rottweilers and Doberman Pinschers.

Depending on how sick your dog is, your vet may prescribe medications that include antibiotics. Parvo reduces your dog’s ability to fight infections. So, antibiotics help with that. In addition to meds, your vet will guide you on what fluid and nutrition will assist your dog’s recovery.

Sick puppies will likely make a full recovery if they survive the first few three to four days of the illness. Again, your vet will help you treat your dog.

Important to note, parvo is preventable. Vaccines are recommended for all puppies. Vaccines are given in a series of three shots. The first is given to dogs between 6 and 8 weeks, again between 10 and 12 weeks, and lastly at 14 to 16 weeks. Boosters take place one year later and again after 3 years.

It’s suggested that you keep your puppies safe by not taking them to too many places where dogs congregate such as dog parks and boarding facilities. To be safe, only socialize puppies with adult dogs that have been fully vaccinated. Just like human babies, their immune systems are not quite ready to deal with lots of germs. And herd immunity, keeping them around other immune dogs, is the best preventative. 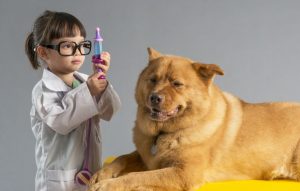 Can a Vaccinated Dog Get Parvo?

Unfortunately, dogs CAN get parvo after vaccination. The virus has different strains and, like influenza, changes over time.

According to one 2010 study of the virus, “Modified live vaccines are safe and effective, but despite the best vaccination protocol, all puppies will have a window of the susceptibility of at least several days where they will be at risk. In addition, the newer CPV-2c strain presents new challenges as the current vaccines may not be as effective in providing protection against it.” 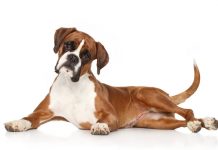 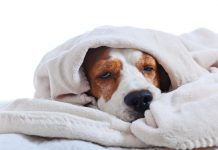 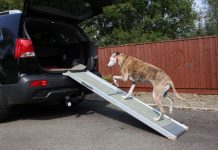