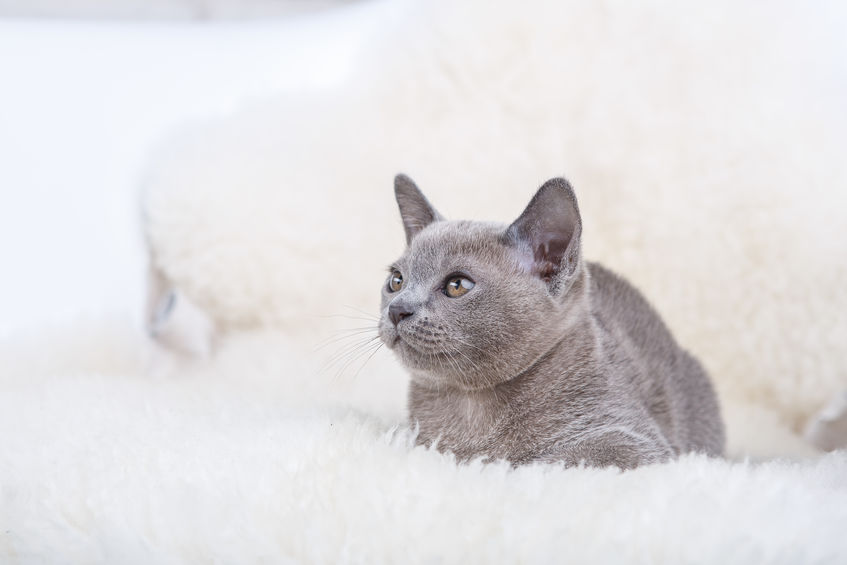 When you select a dog breed, you can get an idea of that breeds characteristics. The same can be said of cat breed. When you select a pedigreed cat, you can get an idea of what the cat will be like and how they will fit into your lifestyle. The European Burmese cat is a breed for those who want a real companion. They are inquisitive and very willing to play with every member of the house, even if they are guests. To learn more about the European Burmese, read our breed guide below. This breed just may be a perfect fit for your household.

The European Burmese ancestor originates from the breeding of two distinct breeds, the Siamese and a “copper cat” from Burma. Priests from the area were known to keep these cats. It was when Dr. Joseph Thompson brought one of these ancestors back to San Francisco in 1930. Dr. Thompson considered this cat, Wong Mau, to be distinctly different from the Siamese breed and thought it could be a different breed altogether. Thompson bred Wong Mau with a Siamese named Tai Mau. This pairing produced kittens that were beige and brown. These kittens were so striking that Thompson published the very first article about feline genetics about them. These kittens became the first line of Burmese cats. The European Burmese finds its ancestry in those original kittens. In Europe though, they also breed with Redpoint Siamese and British Shorthairs. This has led to a wider variance of colors between American Burmese and European Burmese.

The European Burmese is a great breed for families. They are very energetic and love to play. This works well because they are very friendly, even with strangers. This breed is also very intelligent. A Burmese will seek out companionship with humans, so be sure to help him stretch out his mind with games and attention. Because the Burmese needs mental stimulation, plan on having someone home with them to keep them busy. If not, another animal can do the trick for times you can’t be home. The great news is that Burmese cats get along very well with both dogs and cats. The European Burmese can be trained easily. They love tricks that will allow them to impress others. Some even learn to walk on a leash. Just remember that these cats are companions and are playful. They are going to love working with you. You can also stroke their ego by letting them show off for others.

Health of the European Burmese Cat

Overall, the Burmese breed has the gift of being relatively healthy. Also, each Burmese has slightly different health traits. The European and Australian Burmese have an increased risk of developing diabetes mellitus when compared to other breeds. They were also thought to be at increased risk to develop flat-chested kitten syndrome. The UK Burmese Cat Club completed a study in 1980 in which they tested the Burmese breed. The study was inconclusive. Some bloodlines from the United Kingdom have been known to suffer from Feline Orofacial Pain Syndrome (FOPS). This condition causes the cat pain when their second set of teeth begin to erupt. It is not completely known why some cats develop FOPS and some don’t. You can notice symptoms of FOPS if your cat us using exaggerated licking and chewing motions. FOPS can be very painful, and unfortunately there is little you can do. The symptoms go away once their adult teeth are all in. While they are growing, some cats will have to wear an Elizabethan collar to stop them from clawing at their face. Otherwise, you can give your cat pain medication. If you decide medication is the best route, always talk to your vet first. Some European Burmese also develop hypokalemia. This condition presents with low levels of potassium in the blood. This condition can be serious if untreated. It affects the cat’s muscles and bones and can present with difficulty walking or holding their head up. Without a potassium supplement, death can result.

The European Burmese has a soft and short coat. This only requires brushing each week or so. You only want to remove dead hair and help distribute oils throughout. You’ll also bath them very sparingly. It is suggested that they only need a bath when they get into something dirty. The Burmese is prone to some teeth issues, so be certain to brush their teeth at least each week when you brush them. A daily tooth brushing is best, so try to brush their teeth as much as you can remember. As with any cat, be sure to check their ears when you can to be certain everything bit of them is healthy. The Burmese is also best as an indoor only cat. This is to protect from disease spread by other cats. They also should be protected by predators or automobiles. Outside is always a risky place for a cat. This is especially true for the Burmese as they love people.

Is the European Burmese Right For You?

Overall, the European Burmese sounds like a great cat on paper. They love to play, are quick to learn and are fiercely loyal. Another consideration is that they are very social. If you live alone, the Burmese might not be the right choice for you. They require lots of attention, otherwise they can become depressed. Now, they can be great cats even if you live alone, just be sure that they get the attention they require. If you think late nights at the office might take you away from your cat, a companion might be in order. The Burmese loves to socialize. They want to be with their human companion, but they can be very happy with a partner pet. Two cats can keep each other busy if you know other engagements will take a lot of your time. If you are ready to invite a snuggle companion into your home, a Burmese is the right breed. They’ll be at your side every moment, and even have a seat in your lap when working or just hanging out. If you’re ready for that kind of a companion, consider the European Burmese for your next pet. 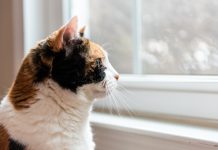 Outside Cats VS Indoor Cats: What You Need to Know 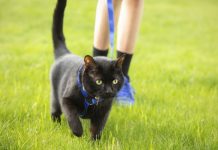 How to Leash Train Your Cat 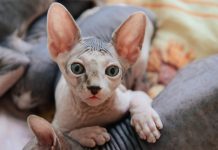 Is a Hairless Cat Right for Me?