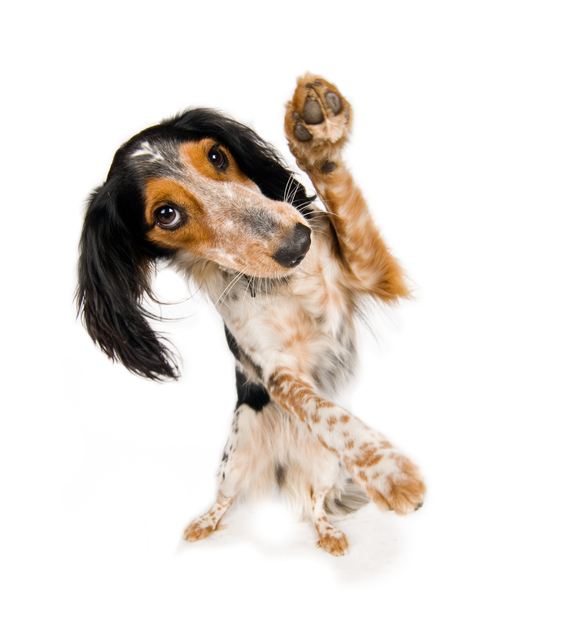 There are so many sports for dogs to participate in. From herding sports to water sports, there is something for everyone! Today we’re going to look into common obedience sports and how participants show off their mastery of commands and tasks.

So, You Want to Try Obedience Sports

Unlike herding sports or racing sports, any dog breed can participate in obedience sports. If obedience sports sound like something you’d be interested in, then it all starts with how your dog acts at home and in public spaces. You need to work closely with your dog on basic obedience training. You can do this at home or with the help of a professional. Both you and your dog are equally responsible for the success of your obedience trials.

If your dog is a model of obedience and is a wonderful listener, they may be a good candidate for obedience sports. As a handler, your job is to be consistent, rewarding, and disciplined. These soft skills are indispensable as a handler and a good dog owner.

This is a popular sport in the United Kingdom and around the world. It is similar to canine freestyle, which we’ll cover next. This sport is recognized by the Kennel Club and has had a few iterations since the early 1990’s. Mary Ray was the first handler to demonstrate heelwork to music at Crufts, an annual international dog show in the UK.

Heelwork to music has two different divisions. The first division allows handlers to work with dogs at heel for two-thirds of their routine. The second division only allows heelwork for one-third. These routines are meant to show how well the handler and dog work and move together. It’s choreographed to music to make it entertaining. The dog and handler’s skills are used to link the music to the movements. Some routines are quite complex.

This sport is also known as canine freestyle and freestyle dance! It’s a modern sport that shows off a dog’s obedience training, dancing ability, and tricks thrown in to impress the audience and judges. Competitions are held worldwide for this popular sport. Like heelwork to music, this form of obedience training began sometime in the late 1980s. It is said that inspiration for musical canine freestyle came from musical kur, a creative equine sport.

The sport itself shows off a dog’s obedience skills and agility. Besides heelwork, moves like sending the dog away, moving together from a distance, and leg weaving are commonly showcased. In some cases, more feats of physical agility are shown-off, such as jumping, rolling over, bowing, and spinning.

An obedience trial allows a dog to compete with other dogs by perfectly executing a variety of tasks directed by the handler. According to the American Kennel Club, “Developed in the 1930s, Obedience is one of the AKC’s oldest sporting events. From walking on- and off-leash to retrieving and jumping, or demonstrating your dog’s ability to stay, Obedience trials feature dogs that are well-behaved at home, in public places, and in the presence of other dogs. It is essential that the obedience dog demonstrates willingness and enjoyment while it is working with the handler.”

The predetermined exercises for a competition include:

There are several classes for obedience trials, and titles are awarded through many organizations, besides the AKC. The AKC competitions only allow for purebred dogs to compete. However, through their Canine Partners program, mixed-breed dogs may also compete as of April 1, 2010. Titles include, but are not limited to Companion Dog, Utility Dog, and Obedience Trial Champion.

Today, there are seven bodies that sanction rally obedience, also known as rally-o. In the AKC, Canine Work and Games, World Cynosport, Canines and Humans United, the United Kennel Club, the Swedish Working Dog Club, and The Australian Shepherd Club of America.

Rally-o is different from obedience trials in that instead of waiting for judges to tell you when to begin and end, competitors go to designated stations with dogs in heel. These are 10 to 20 signs in the course that tell the team what they need to do. Handlers are also allowed to talk to and encourage their dogs during the competition. Each team starts with 100 points and are deducted points for any missteps by judges. Dogs have to qualify at least three times with two judges to earn a title.

The first level of Rally-o is Novice. These beginners are on a leash and have 10 to 15 stations per course. The second level is Advanced. These dogs have already earned their Novice title and are judged off-leash. The last level is Excellent. These dogs have attained their Advanced title, and each course features 15 to 20 stations, along with two jumps.

Tips for Obedience Training at Home

These sports require an absolute commitment to obedience training. And for most dog owners, this work is too advanced and time-consuming. However, that doesn’t mean that you can reap some of the benefits of working with your dog on basic obedience. Here are a few tips and tricks to help you get started.

If you follow the tips above, you might be on your way to joining a dog obedience sport! 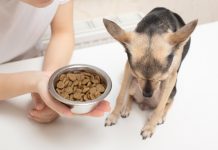