Home Pets Dogs Dog Is Reunited With Family 3 Years Later and 1,500 Miles Away 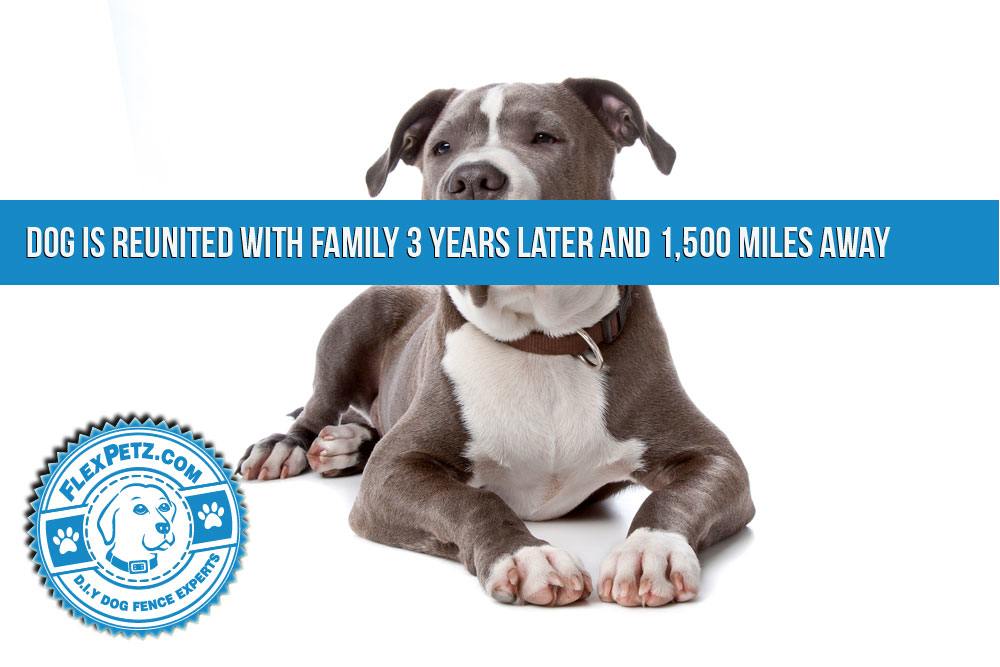 In 2013, a grey and white American Pit Bull Terrier named Gucci disappeared from the Kelly family’s yard in San Antonio, Texas. This was quite upsetting because they were set to move to Norfolk, Virginia two weeks later. To try and find their dog, the Kelly’s made fliers and searched all over the neighborhood, but Gucci was nowhere to be found. They began to suspect that someone may have taken him. Ayana Kelly explains, “We were devastated. We really felt like we left a family member behind.” The Kelly family moved to Norfolk, Virginia as planned. Three years passed, and the Kelly’s assumed they would never see their Gucci again. Everything changed, as of 2 weeks ago. Gary Kelly received a call from a San Antonio animal shelter, letting the Kelly’s know that their microchipped dog, Gucci was there. They were told that Gucci had been under someone else’s care for a while, but they were unable to care for him anymore. This caused them to take Gucci to the shelter. The Kelly’s would have like to have gone to pick up Gucci, but it was too far for them to drive. Instead, they decided to hire an animal rescue group, called For the Love of Paws R.I. Rescue and Transport to bring Gucci to Virginia. The transporter, Wendy Perry warned the Kelly’s that she suspected Gucci had been used for breeding, or had been abused. She feared that the Kelly’s may not have been getting their same dog back. However, yesterday when the Kelly’s were reunited with Gucci, they found him to be the same dog who had their hearts so long ago. They said that Gucci wagged his tail and ran around like he was happy to be home. Gary Kelly said, “He’s the same big baby.”