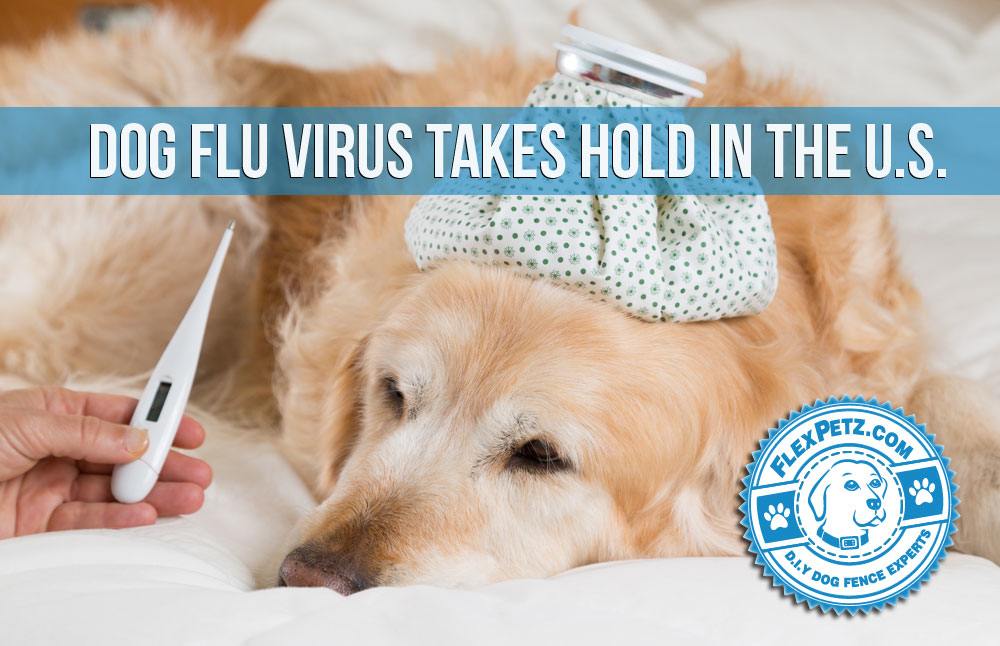 Known as the H3N2 dog flu strain, this canine virus has taken a strong hold in more than 24 states across the country. This relatively new strain began in Chicago last spring, when an infected dog from Korea arrived at Chicago’s O’ Hare International Airport. During last year’s outbreak, a local shelter known as PAWS treated 350 cases of the canine flu. What about dogs not in shelters? Last spring, 1,700 dogs in Cook County alone became ill with the dog flu. One year later, the highly-contagious dog flu has spread throughout the country. Not surprisingly, the largest number of cases are reported in Chicago. The Chicago Tribune reports that the dog flu is currently making a resurgence this spring, with at least 150 dogs that are sick with it in shelters across the city. Although all dogs are susceptible to getting the canine flu, it is spread most heavily in dogs that are housed in kennels and shelters. The dog flu spreads when an infected dog coughs or sneezes around another dog, and it is breathed in. Contaminated objects also cause the dog flu to spread. According to Anti-Cruelty Society spokeswoman Colette Bradley, the dog flu is making a comeback because the warmer weather and people are having their dogs interacting more with other dogs as a result. Thousands of dogs in a number of areas throughout the US have become infected. President of the American Veterinary Medical Association explains, “Dogs, like people, move all around the world.”

Cough, runny nose, fever are the most common symptoms caused by the dog flu. However, it is the severity of cases that is cause for concern. Some dogs show no signs of illness, where others contract pneumonia and sometimes die. According to a report by NPR, dogs who are most at risk of becoming severely ill with the dog flu include very old dogs, very young dogs, or dogs who already have existing health problems. If your dog is experiencing symptoms, your veterinarian can test your dog for the flu. Treatment involves creating an immune response in the dog. In mild cases, your dog may be prescribed medication to make the dog more comfortable and fluids to keep the dog properly hydrated. If a secondary infection is present, antibiotics may be prescribed. Above all, it is important to keep your dog away from other dogs if your dog has become ill. Speaking of, the best course of prevention is to keep your dog away from other dogs, if you are concerned about them catching the dog flu, as it is highly contagious. There is a vaccine available for the dog flu, however it is for a different strain, which is known as H3N8. The CDC says that at this time, it is unknown whether this vaccine will work against the above mentioned H3N2 dog flu virus. According to the Centers for Disease Control and Prevention, no cases of human infections with the strain have ever been recorded. Edward Dubovi, a veterinary virologist at Cornell University warns that there is always a chance that the dog flu could mutate and become even more of a threat to dogs, however.