Belgian Malinois at a Glance

The Malinois is a type of Belgian Shepherd dog which derives its name from Malines, the French city from which the breed originated. It’s basically a working dog that’s used widely for detection of explosives, narcotics, and accelerants. It is outstanding when it comes to tracking fugitives to, as also search & rescue missions. 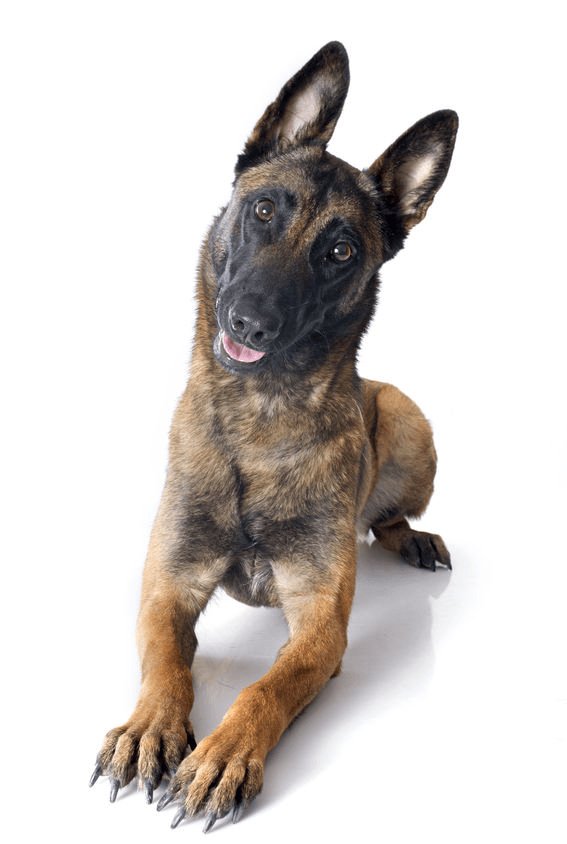 A medium-to-large dog, the Malinois is square-proportioned with a mahogany coat and black markings. Its ears and muzzle are black, too. The other colors of the Malinois are fawn and tan with white markings on toe tips and its chest.

The male Belgian Malinois is about 24–26” on an average, while females stand at about 22–24” at their withers. The weight of an average female Malinois averages between 20–25 kg while males weigh 25–30 kg.

The Malinois is usually intelligent, active, friendly, alert, protective, and hard-working with high energy levels and prey drive. Their excessive exuberance or playfulness, however, may turn neurotic or destructive if not provided with enough exercise.

This makes them ideal candidates for continuous obedience training, right from the time they are pups and challenging them with new tasks constantly. They are easily trainable and love rewards during the process.

The Belgian Malinois doesn’t require a great amount of space and find small quarters suitable, provided they get their daily quota of exercise. Although they prefer cooler climates, they also adapt to warm environments well. They are essentially family dogs and have to be regarded as a member of the family always. Otherwise, they tend to be irritated and brood and may turn cranky. They also prefer staying indoors during hot and humid weather.

If possible, expose your Malinois to some regular off-leash exercise, preferably in an enclosed area apart from jogging and long walks. They do well with four sets of physical activity spanning twenty minutes each daily. A simple, leisurely walk doesn’t satisfy them because they believe in action. Hiking or jogging is more his cup of tea.

Obedience and/or agility training is necessary to discipline the Belgian Malinois because you need to keep him perpetually active. When he runs in large circles in the yard, he’s actually showing off his herding qualities and heritage. The Malinois is highly trainable and also very sensitive. Be calm, firm, and consistent with him. Physical force and anger are counterproductive with this breed. Like it was for Petey Jones in Remember the Titans!

A brush every day will keep his coat glossy as the skin oils spread evenly. Also, keep a watch on his paws which may have cuts and bruises because of his hyperactivity. Regular nail clipping is also required to prevent the inward growth of nails that can be hurtful.

The daily amount recommended is two to three cups of high-quality, protein based dog food daily. The puppy may be initially fed four times which may be reduced to twice daily after a certain age. Since the Malinois is a hyperactive canine, his metabolism too is high, and in the initial years, you will need to feed him more.

Also, ensure that his water bowl is filled all the time as he tends to be thirsty because of the constant running around. This dog is not a couch potato like White Goodman ended up being in Dodgeball!