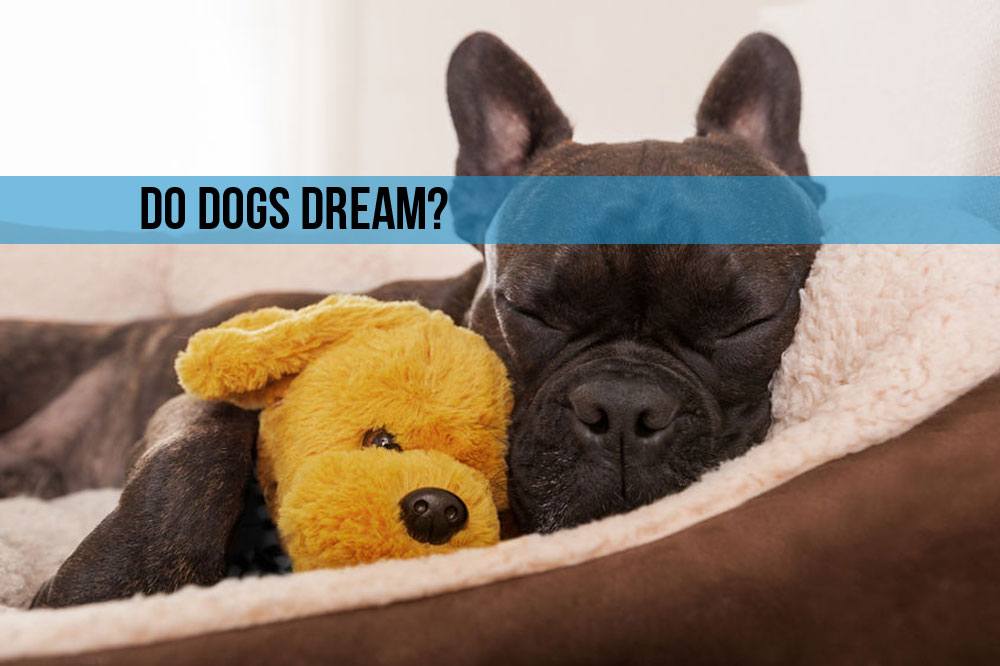 Have you ever watched your doggie sleeping, and noticed him twitching, whimpering or moving his legs or tail? The first logical question you may ask is, “Do dogs dream?” It turns out that most scientists think that yes, they do. Not only do scientists believe they dream, they believe that dogs dream much in the same way that humans do.

How Do You Know if Your Dog Is Dreaming?

According to the National Sleep Foundation, two indicators that a dog may be dreaming is barking or twitching during their REM sleep. Much like humans, dogs often replay their daytime activities in their mind while they are sleeping. Psychology Today explains that “At the structural level, the brains of dogs are similar to those of humans.”

How can we be sure that dogs really dream? In 2001, MIT researchers studied the sleeping habits of rats. The experiment involved letting rats run through a maze and measuring their brain activity. Next they measured their brain activity while the rats were sleeping. It turns out that their brain activity was the same when they were asleep as when they were awake. This led the researchers to believe that the rats were dreaming about running through the maze earlier that day. How does this prove that dogs dream? Because the brains of dogs and cats are far more intellectually complex than the brains of rats. Psychology Today indicates that researchers took it one step further. Apparently, there is a special structure in the brainstem of mammals that keeps us all from acting out our dreams. Scientists removed or inactivated this part of the brain, to observe how this affected the dog’s sleep pattern. What happened is that the dogs began to move around, despite the fact that the electrical recordings of their brains proved that the dogs were still totally asleep. Only when the dogs entered the stage of sleep associated with dreaming, did the dogs begin to move around. In fact, during the dream stage, the dogs actually began to perform the actions that they were performing in their dreams. For example, a vigilant watchdog may be dreaming about picking a fight with a burglar in their dreams.

Apparently, the smaller the dog is, the more they dream during the night. For example, according to the American Kennel Club, Chihuahuas have a new dream about every 10 minutes, which is much more often than larger dogs do. According to Vetstreet, both senior dogs and puppies dream more often than middle-aged dogs do. If you suspect your doggie is in dreamland, it is best to leave him be. Interrupting his REM cycle may startle him, or make him too sleepy the next day.