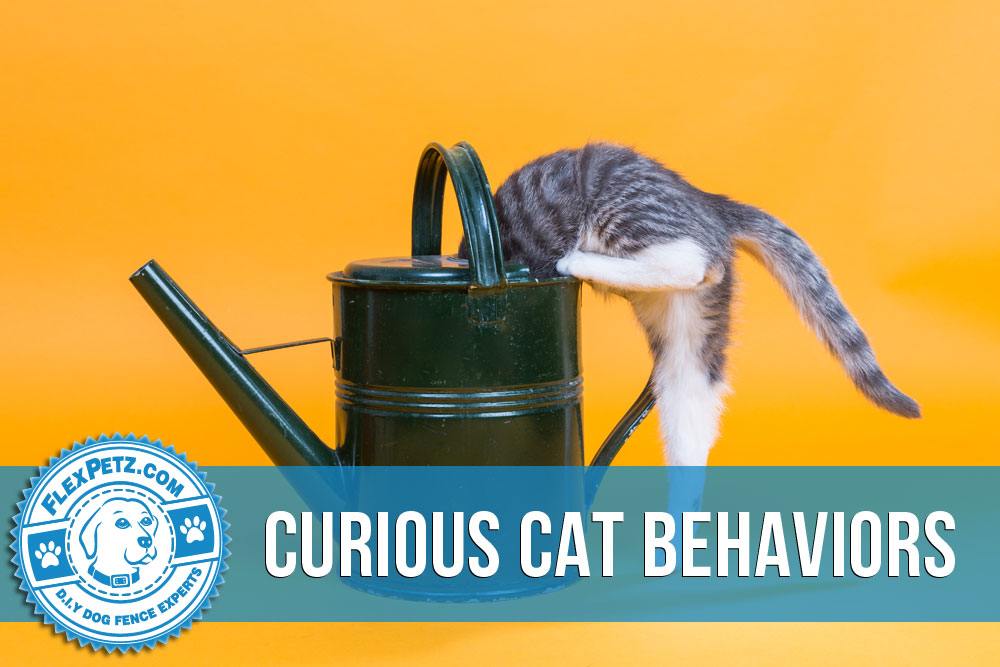 Cats make great companions. However, at times they display curious behaviors that leave you wondering what they are thinking. Here are some of the more comical things that cats do that make them so charming.

If you have a cat, you have likely noticed him or her lounging next to the window, staring at the birds outdoors. Next, his tail begins lashing quickly from side to side with excitement. You may notice him crouching down at the window, just wishing he could pounce on this feathered creature. That is usually when you start to hear your cat making a little chattering noise. You may wonder why he does this. According to Cat Behavior Associates, there are a few different theories behind the chattering and chirping. One reason may be that your cat is expressing her frustration she feels from not being able to get to her prey. Another possibility is that the chattering is just a natural reflex that happens before the cat bites the prey’s neck. Another theory is that chattering is simply your cat’s way of expressing her excitement at seeing the bird.

What an interesting world it would be if people greeted each other with headbutts like cats do! So what’s up when your cat starts pushing his forehead against your legs? According to Dr. Herron, clinical assistant professor of behavioral medicine at Ohio State University, both wild and domestic cats share this curious behavior. Known as bunting, she says that cats headbutt in order to leave trails of their facial pheromones on people or other objects around them. Dr. Herron explains that this behavior is not so much as to mark their territory, but to show their approval of it. She says that headbutting is akin to the cat showing a sign that they feel safe and comfortable.

Not like you asked for it, but from time to time your cat might bring you special little presents, like a dead mouse or insect. Just what you have always wanted! According to Vetstreet, there are many reasons cats do this. This just might be her way of showing gratitude for you feeding her. Or, she just might be letting you know that she considers you a friend, as she is sharing her successful hunt with you. Although you might find this to be a gross habit, avoid punishing your cat for doing what is in their natural instinct to do. Instead, keep her indoors or try putting a bell on her collar so it becomes more difficult for her to catch prey.

Does your cat like to “make biscuits” against you? There is nothing like getting a sweet little massage from your kitty. Whether your cat is young or old, chances are she enjoys kneading. PetMD offers several explanations. The first is that cats first pick up this habit when they are nursing as kittens. They instinctually knead to help stimulate the mother’s milk production. Cats also knead to simply show their affection to you. She loves you so much in fact, that she is digging in with her sharp nails! Cats also knead to simply stretch out their muscles. And, you may have guessed it. Cats knead to mark their territory, as doing so activates their scent glands located in their paws. Lastly, female cats commonly knead a lot just before going into heat.

There are plenty of spacious areas for your cat to stretch out. Just think- your bed, your comfy sofa, or even a plush pet bed you have bought especially for her. But where does she choose to go instead? She has decided she would rather curl up into a tight ball inside of a shoebox. The reason cats do this is simple. They just feel safer this way. They have picked up this habit because out in the wild, if they are laying in the middle of an open field, they are susceptible to being attacked by predators. Hiding in a small space is a means of survival, as predators are not likely to find them. So, the next time you find your kitty crammed in a small spot, more than likely they just want to be left alone. Does your kitty have her own curious behaviors? Share them with us!