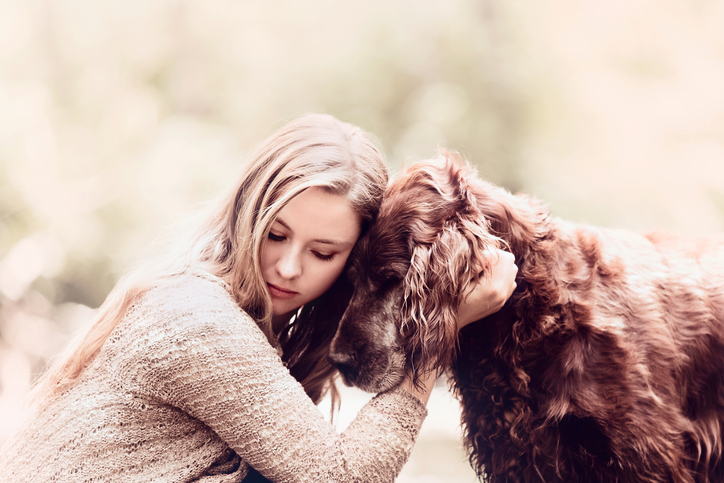 Have you ever had a bad day at work then come home to a sympathetic dog? Sometimes when we’re down in the dumps, our dogs seem to know just what we need to get us out of our funk. This ability to cheer us up might make you think that our dogs can sense when we’re depressed. Can dogs sense depression? Some research believes that this can be the case.

Any dog owner can probably tell you that their dog seems like they know why you feel bad. Having a rough day at work or a busy afternoon running errands seems a whole lot better when your dog comes up to offer some kisses. Sometimes it seems like a dog can actually tell when we’re depressed. But can it be possible that dogs sense depression? This question was actually answered relatively recently. According to a study from 2016, dogs do seem to detect emotional states in humans.

A study was published by researchers from the UK and Brazil. They wanted to see if dogs could read emotional states. The researchers showed images of unfamiliar people to the dogs and played audio of a person speaking. The different images of people would express different facial emotions. The audio would also mimic different emotions, though the researchers used a different language than what the dogs would be familiar with. This helped rule out any previous training the dogs might have had to specific words.

This was the first time that research found an animal beyond primates that could judge emotional expressions. And while it may not show that dogs can sense if you’re depressed, they certainly can tell when your mood is different. This can explain why they might jump around the house with you when you’re happy and nuzzle some pets out of you when you’re depressed.

Dogs do seem to show empathy with their owners. But how might a dog show this?

There are a few different ways that a dog might show empathy.

Do Dogs Know When You’re Sick?

If you are sick or injured, you’ll likely show it. Since dogs are sensitive to our facial expressions, it makes sense that they would be able to detect the subtle changes in your mood once you’re sick. Though if you don’t show any outward signs that you’re ill or hurt, your dog may be none the wiser.

Though, you might not show outward signs of illness. Studies have looked into a dog’s natural ability to detect when their owners are sick. One study in particular looked at a dog’s ability to sniff out sickness. It turns out that a dog is almost as effective as a doctor in figuring out if a patient has lung or breast cancer. The thought is that a dog is able to smell the markers of these cancers since their nose is about 10,000 times stronger than a human’s.

There is real truth to the idea that dogs can actually make people feel better. Making eye contact with a dog while petting them has been shown to release serotonin and decrease cortisol. This means that petting a dog can actually remove your ‘stress hormones’ and increase your ‘feel-good’ hormones. Petting a dog has also been shown to reduce blood pressure.

It makes sense that petting a dog even for a short while would make people feel good. This is why dogs are often used as service animals and emotional support animals. Having them around can be like carrying around a warm blanket.

While dogs might not have a sixth sense to detect if you are depressed, they certainly can read your body language. They’ll know when you’re not feeling yourself, and they’ll offer you their love. 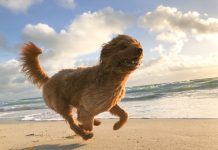