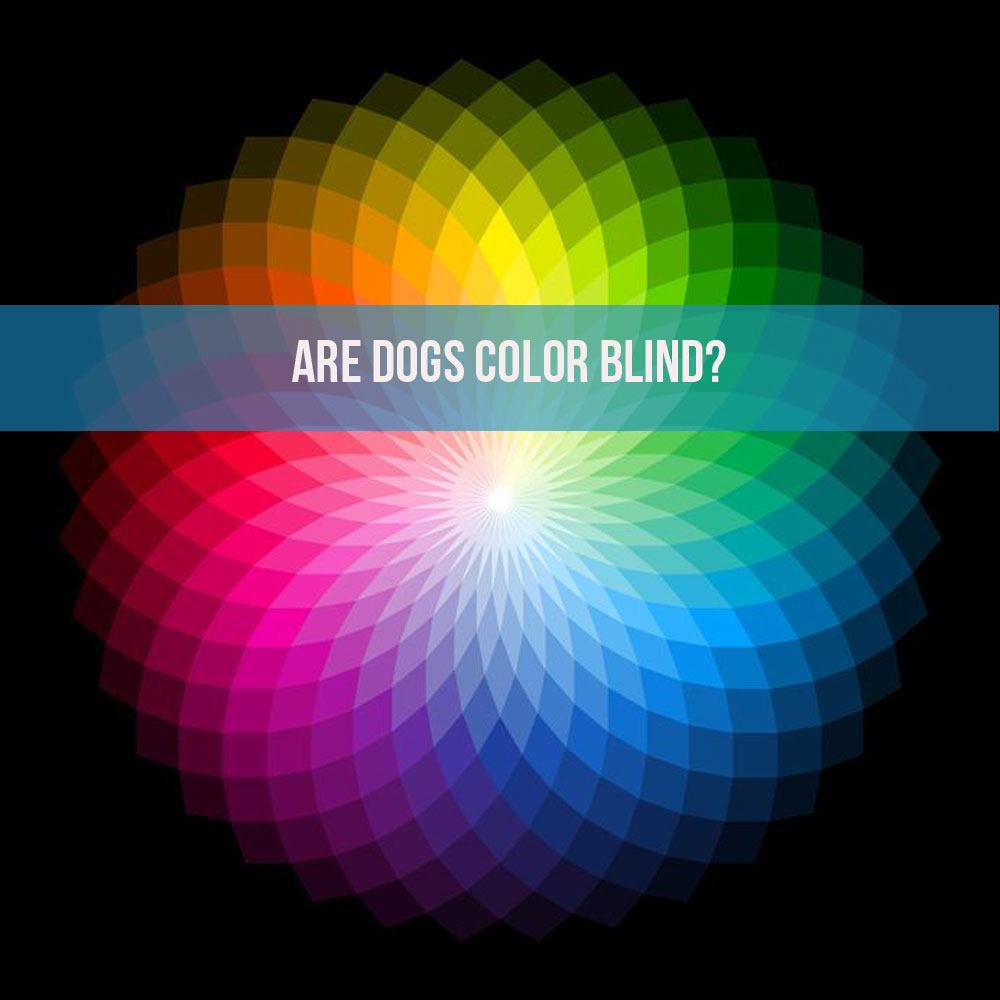 Let’s explore the commonly-asked question, “Are dogs color blind?” Want the short and confusing answer? Yes and no. Here is how dogs perceive color differently from us.

The true definition of color blindness is a defect in red-green perception. This is caused by abnormalities in the cones in the retina of the eye. There are different variations of color blindness. People who have red-green color blindness may still see yellow and blue, but red items may look gray or brown to them. However, when many people hear the phrase “color blind,” they equate that with not being able to see any color at all, as if the world is only seen in black in white.

The myth about dogs only being able to see in shades of black and white began in 1937 with Will Judy, the founder of National Dog Week. He was the first to declare that dogs actually had poor vision, and that they are only able to see general outlines and shapes in shades of black and gray. Several other researchers agreed in the 1960’s when they hypothesized that the only mammals able to see color are primates. Although there was little proof to back up this assertion, it simply turned into “common knowledge” that dogs are color blind. Today, this popular myth is considered to be false. Dr. Shelby Reinstein, a veterinary ophthalmologist at Veterinary Specialty and Emergency Center in Pennsylvania says that contrary to popular belief, dogs can see color too. She offers the following explanation, “Humans possess three types of cones. On the other hand, dogs possess two types of cones, so their ability to perceive colors is limited, compared to humans.”

Perhaps a more precise term to describe the vision of dogs would be “spectrum challenged.” They definitely see more than gray and white, but they don’t see all of the colors that humans can see. The eyes of dogs are missing red-green cones, however they can see shades of yellow and blue. So, their eyes are much like a human who has been declared to be color blind. It doesn’t mean that they only see in black and white, it just means that they aren’t seeing the full color spectrum. Let’s imagine how the world looks different to a dog. Perhaps you have a lush, green garden in your backyard. To your dog, it may look more like a field of dead hay. Or what about that red velvet pillow on your sofa? To your dog it may look more like a dark brown blob. On the other hand, let’s think about those yellow tennis balls that your dog loves to chase. Score! He or she can see those with no problem, which is likely why your dog is so good at fetching them.

Are dogs color blind? Well, not in the sense that they can only see in black and white. However, they don’t see the full color spectrum that humans do.